Grand Escapades’ Travel Guide To Iran – Friendliness, Culture, Modernity: So Far Away From The Clichés! 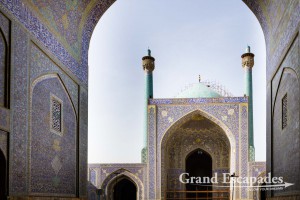 The Shah Mosque – Maydan-e Imam or Imam Square in Esfahan

We spent two weeks in Iran in April 2014, and covered the cultural heartland of Iran: Shiraz, Isfahan, Na’In, Yazd, Kashan, Qom & last but not least Teheran. Due to the lack of time, we did not travel the north of the country, nor did we go to the deserts.

Why Travel To Iran?

Iran is one of the cradles of our civilizations and this was our main focus, to meet one of the oldest cultures in the world. The Persian Empire shaped the early history of mankind. It is famous for its craftsmanship, its architecture, tile work, its unparalleled Persian carpets and literature to name a few areas. No wonder, that nowadays the level of education is so high. 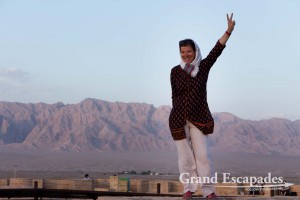 Challenges Organizing The Trip – What Would We Have Wished To Know?

All in all, this trip was fairly easy to organize, especially considering how few people travel to Iran individually. The vast majority of tourists travel with an organized tour.

There are three things you should be aware of when traveling to Iran:

Highlights Of The Trip

How To Go Off The Beaten Track?

What Will We Especially Remember?

What Would We Do Differently? 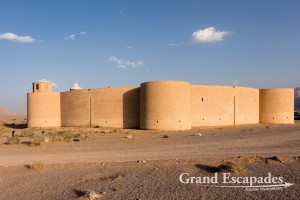 Is It Safe & Is It Morally Justifiable To Travel To Iran? 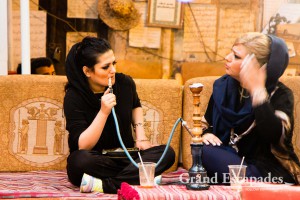 Like so often when we talk about our travelling plans, the question “Isn’t it dangerous to travel there?” pops up. Iran was no exception, on the contrary! Iran has a reputation of supporting terrorism, the land of fanatic ayatollahs where women are forced under the chador, not to mention the endless media coverage about Iran’s nuclear program.

We did not believe a minute that it would be dangerous, just the opposite. And it proved to be one of the safest countries we have traveled so far. Like always, our minds are manipulated by our daily diet of western media. During a presentation by “Rückenwind” – Anita said, “If you have prejudices about a country, then travel it”. We couldn’t agree more!

Besides, several times we were confronted with the question whether it is morally justifiable to travel to “such countries”. Do not be mistaken – our enthusiasm for Iran does not mean we support (in any way) a brutal and suppressive regime. Human Rights abuses are wide spread in Iran, corruption also as described in our article on Esfahan’s dried river. Elections seem to have little relevance, since who can run is decided by a closed circle. The “Council of the Guardians of the Constitution” control the country’s legislation and most of the oil production. 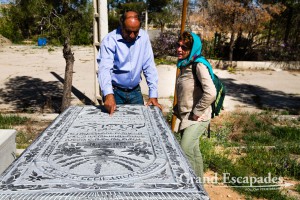 At the Jewish Cemetery in Pir-e-Bakran, south of Esfahan, Iran

In our opinion, one should make a difference between the (amazing) people and culture of Iran and its regime. While traveling independently, you can ensure that your money will mainly go to a middle class being wiped out by the embargo and who deserves better than what is currently happening.

Iran can be baking hot in the summer and freezing cold and rainy in the winter. So the best time to visit the country is in early spring and fall. The north of Iran might be enjoyed in the summer months as well, but we have not been there yet.

Communication in Iran was extremely easy. Little surprising, in a country with such a high level of education! Even if people don’t speak English, they go out of their way to help you.

Basically, most young urban Iranians speak English, even German was partly spoken, as many young people learn the language hoping to get a working visa for Germany.

Getting Around In Iran

This is surprisingly easy and cheap. Infrastructure is modern, comfortable and reliable.

Only very, very few Non-Iranian tourists use public transport, so the European main travel season did not affect the availability of tickets.

Also note that most hotels and guesthouses tend to keep your passport for the time of your stay. If you go on an excursion outside of the city where you are, you should have your passport with you, or at least a copy of it… on your Smart Phone.

Iran is a (travel) photographers’ dream! Stunning architecture, amazing colors, and people eager to pose for and with visitors… 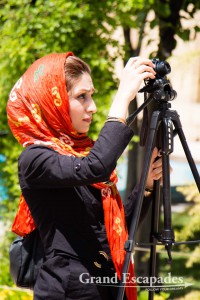 While in Iran, you will take many pictures inside buildings (especially mosques) and will hence struggle with too little light. To make matters worse, often tripods are forbidden inside. Therefore, a full-frame camera, enabling you to use higher ISO settings (above 800, at times as high as 3.200), as well as lenses allowing to shoot at wider aperture (ideally f2.8) can be a real help.

When using wide angel lenses at lot, a tool – LightRoom 5, the new Upright – Automatic Perspective Correction – is equally helpful. It corrects the tilted perspective by cropping the picture. Think about taking a wider frame of the subject, if possible! 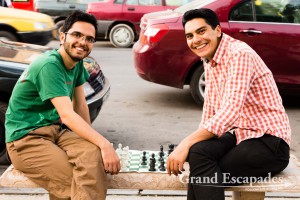 Obviously, Iran is (still) not on many travelers list, so we found very few travel blogs writing about Iran. This might change quickly though, as Iran seems to be on many people’s list and the number of tourists arriving has been soaring in the last months.

If you find other good blogs on Iran, do not hesitate to contact us…

Uncornered Market – Audrey and Dan get it just right… As always! A very inspiring description of their trip to Iran

Goats On The Road – Very good insights about independent travel in Iran from Dariece and Nick. Let’s hope they will also do at some point one of their “Goats Guide” for Iran

Chasing The Unexpected – Angela gives excellent and absolutely current information on travel to Iran, and great insights about this country. The Article “10 Reasons Why You Should Travel To Iran Now” got it exactly right.

During this first (short) trip, we discovered an amazing country, far away from the clichés – fabulous cultural treasures, probably the friendliest people we have ever met, a highly modern society, and… a country very easy and safe to travel, even though it is still really Off The Beaten Track.

Our advice? Go NOW! Before this becomes common knowledge… 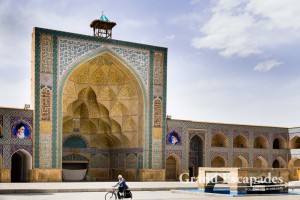 The Shah Mosque or Imam mosque (after the 1979 Islamic revolution in Iran) or Jameh Abbasi Mosque – Maydan-e Imam, or Maydan-e Shah or Maydan-e Naqsh-e Jahan, or Imam Square in Esfahan -, Esfahan, Iran

Budget Guide To Iran
Iran – A Selection Of 37 Pictures

One Response to Travel Guide To Iran

We use cookies to ensure that we give you the best experience on our website. If you continue to use this site we will assume that you are happy with it.OkPrivacy policy