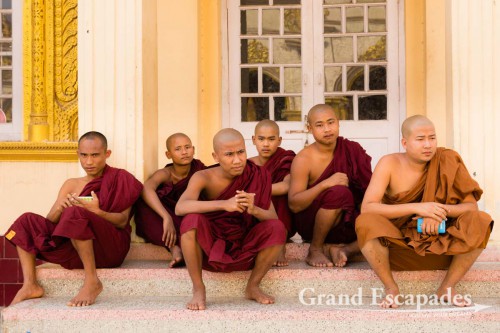 Mandalay is neither an attractive nor a pleasant city at first sight: a hot, modern, bustling grid of endless streets lined up with dull concrete blocks. Not a city that invites for long and pleasant strolls! Nevertheless, Mandalay abounds with amazing sites, and you will need at least 3 days if you want to visit those – More if you aim at diving deeper into this surprising city. The good news, even though Mandalay is on everyone’s itinerary, you will seldom see “tourists en masse”, and sometimes really feel like being the only visitor!

You will need your own wheels though, if you want to trace the many treasures that the city and its surroundings hide. The sportiest choice: go by bike, but distances are significant, and Mandalay is really a hot place! We opted for a more practical, efficient and still cheap way – a semiautomatic scooter. To venture further afield, we shared a car with fellow travelers.

Cross the Ayeyarwady River and marvel at the countless golden and white stupas that shimmer in the sunlight on the green hills. From Shin Pin Nan Kain Pagoda, the view is superb! 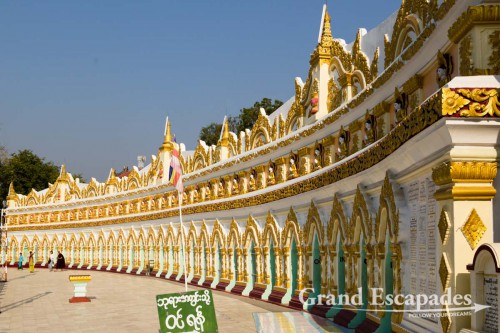 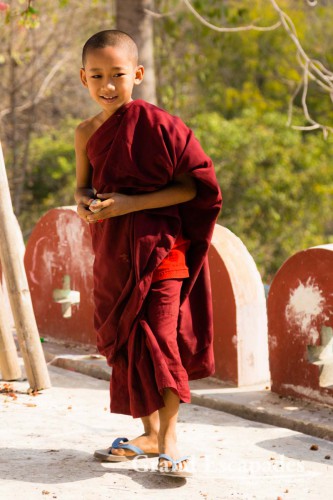 Climb atop this massive temple in Mingun after a pleasant ride on the Ayeyarwady River. Avoid boats starting from the “Tourist Jetty” and you might very well have a private cruise for only a couple dollars more! 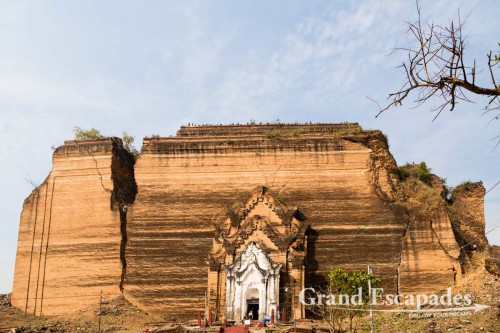 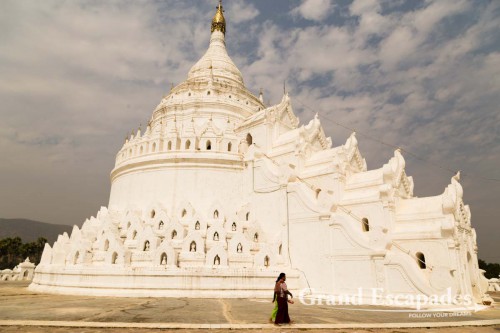 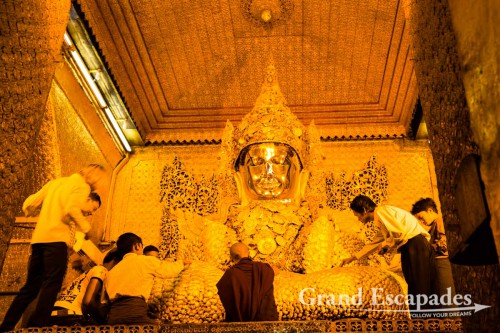 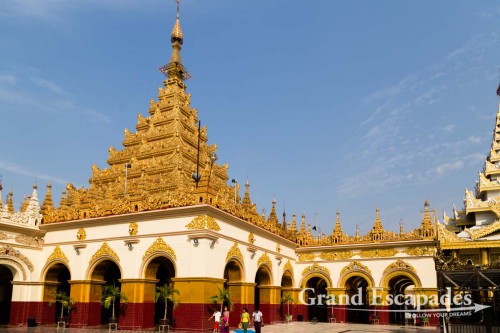 One of the most beautiful and peaceful pagodas in Myanmar with beautiful and delicate engravings, exclusively made of teak wood. Erected in 1895, it sits on tree-trunk poles. 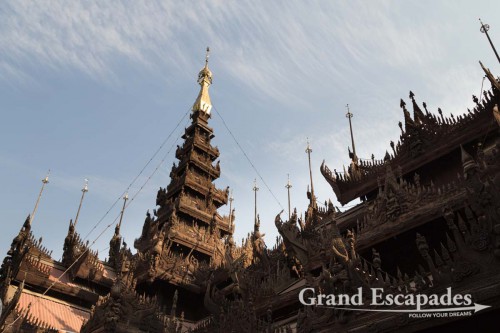 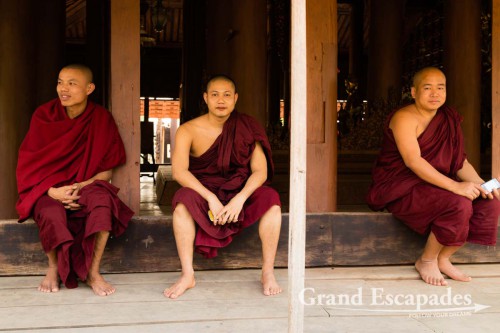 “The World’s Largest Book” – Probably not an exaggeration… White and golden stupas as far as you can see, containing 729 text-inscribed marble slabs. 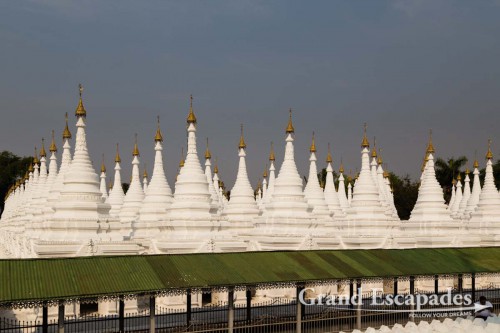 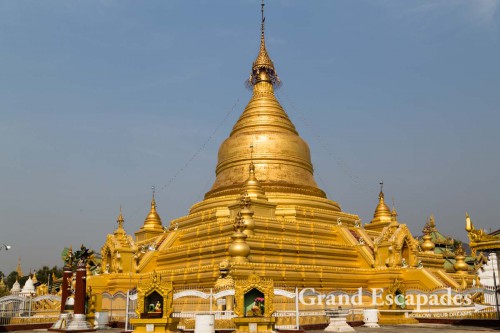 Mandalay prides itself of vivid and colorful markets – The perfect place to dive into the bustling life of this city, faraway from the tourists! Zeigyo Market is a nondescript building full of colorful clothes and fabrics, but it is probably the outdoor markets you will want to discover… The Flower’s Market is your best bet for the largest quantity of Chrysanthemum you’ve ever seen, and the neighboring fish market for testing your senses to the uttermost… The Jade Market Check is where you see how Jade stones are cut, polished, and then traded over a cup of tea. 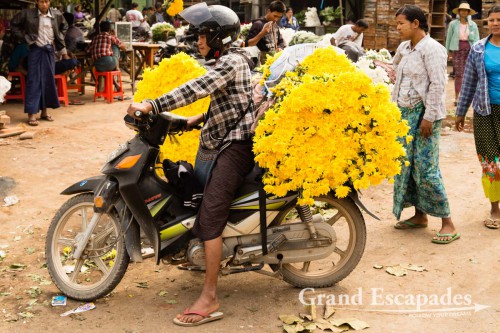 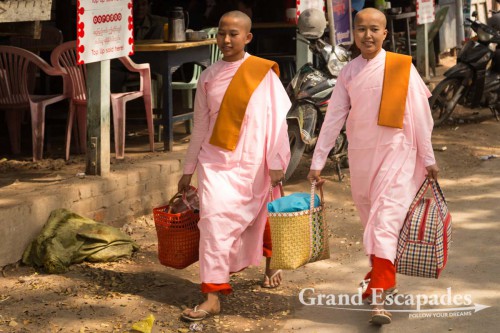 Nuns near the Flower Market, Mandalay

The Bicycle Tour suggested by the Lonely Planet is a great way to escape the crowds and to discover a much more relaxed part of the city, a web of small tree lined streets that feels more like a small village than a large city… 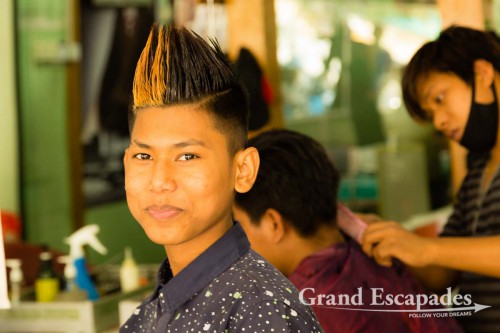 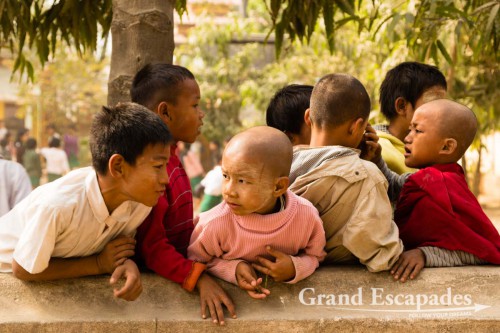 Yes, this is the longest Teak-Wood Bridge in the world! Best avoided at sunrise or sunset, when busloads of tourists join for the show. Come when it is quiet and stroll across the bridge with locals… 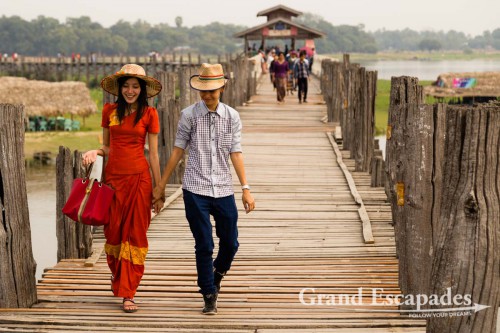 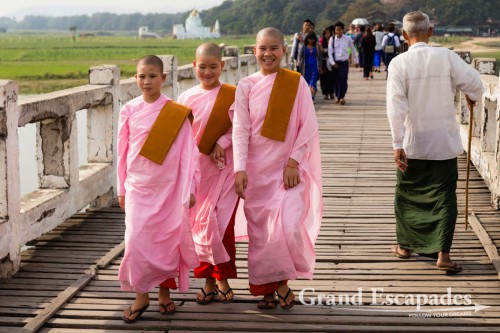 Since 1364, Inwa has been 4 times the royal capital of Burma. A horse cart is pretty much your only option, but some of the sights are really worth the trip! 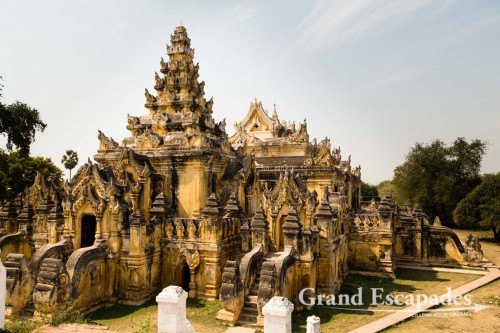 To watch the sunset over the river, the Ayarwaddy River View Hotel is your first choice. Their happy hour is a real one, between 06:00 & 07:00 pm the Lime Punch is free. You may call us cheapies, but since we did not understood how it works, we only stayed there for those 60 minutes. The Shwe Ingyinn Hotel’s Sky Bar was our next day’s choice: more great views of this not so great looking city! A reasonably priced experience, with cocktails between 2 and 5 USD…

10 Things To Do, Mandalay, Myanmar

2 Responses to 10 Things To Do In Mandalay