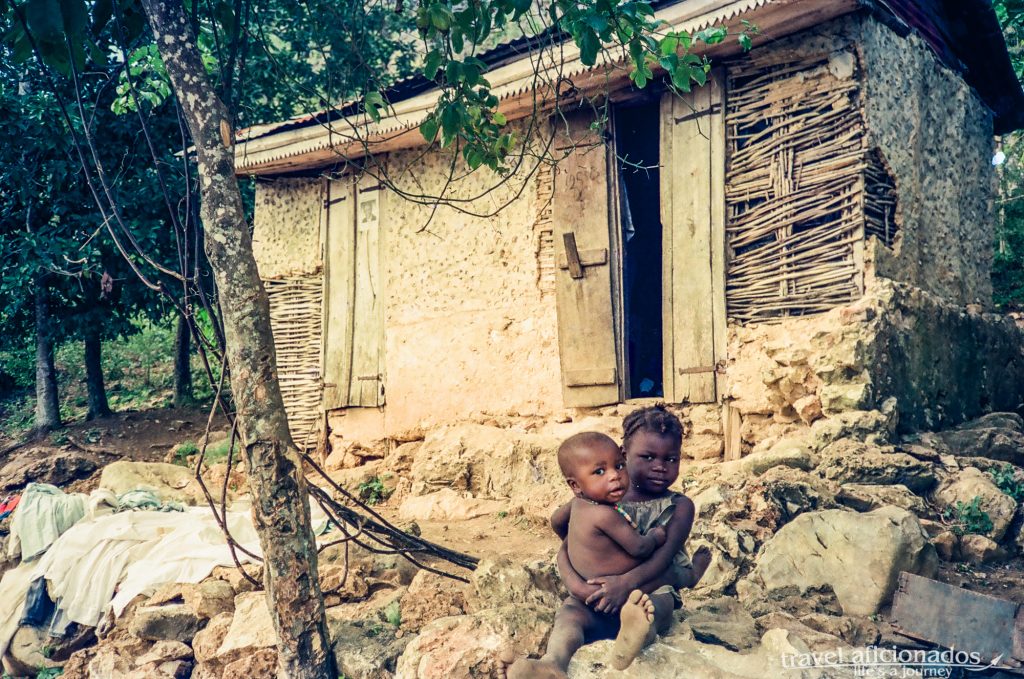 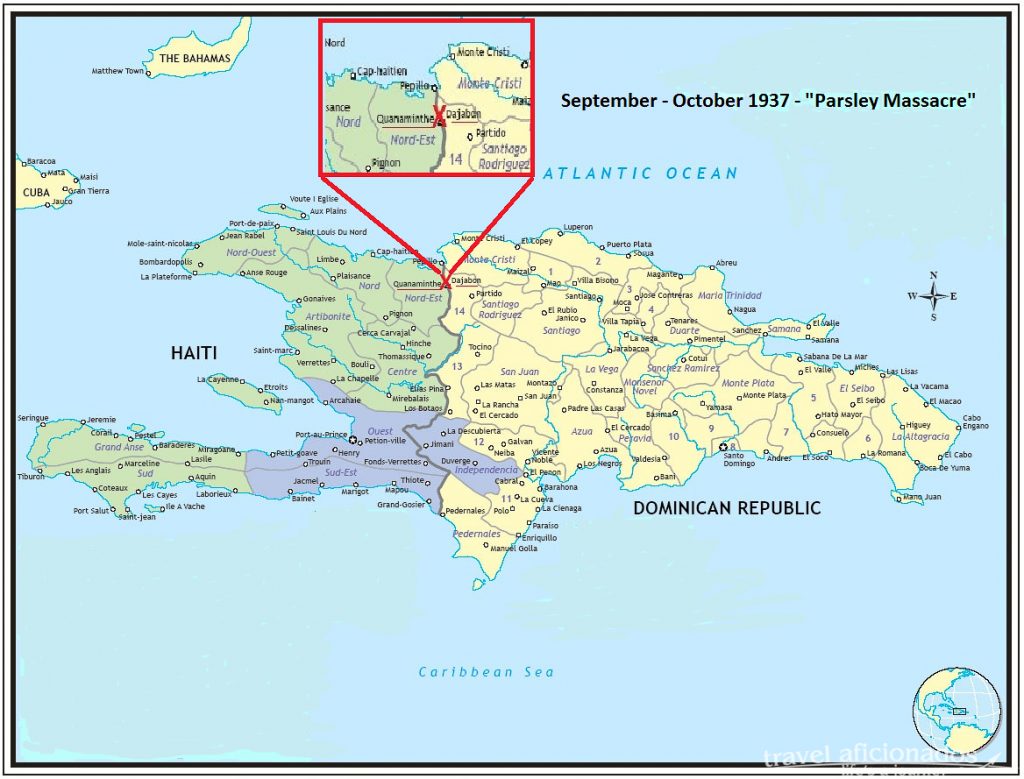 Haiti shares the Island of Hispaniola with its neighbor the Dominican Republic.

Crossing the border was the first exciting moment, stamps and signatures on papers, passport, all in a small room full of officials.  While we waited for our visa it seemed the perfect occasion to hand them out to the kids staring at us. Well, he had to throw it into air and run, since the kids stormed towards him trying to get their hands on such precious things. 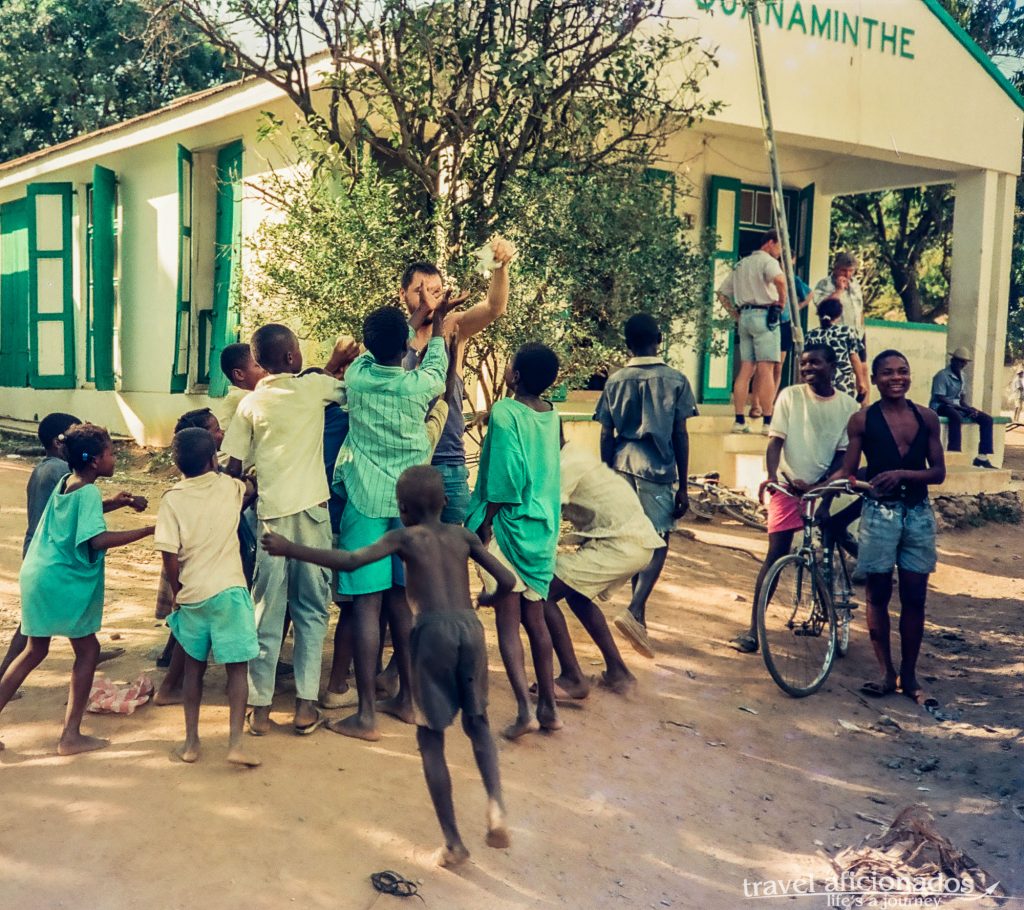 Border at Quanaminthe, passing out candy turned into a riot

Our destination was Cap-Haïtien, a town in the north of the country,  the short distance that took almost all day. The road looked like Swiss cheese, an assembly of potholes. Soon I felt I would rather walk. A bridge we had to pass was so rusty that we had to leave the jeep and walk across, while the driver crossed through the river the bridge spanned. I remember children storming from huts, naked, running towards the excitement of the day – a car passing. 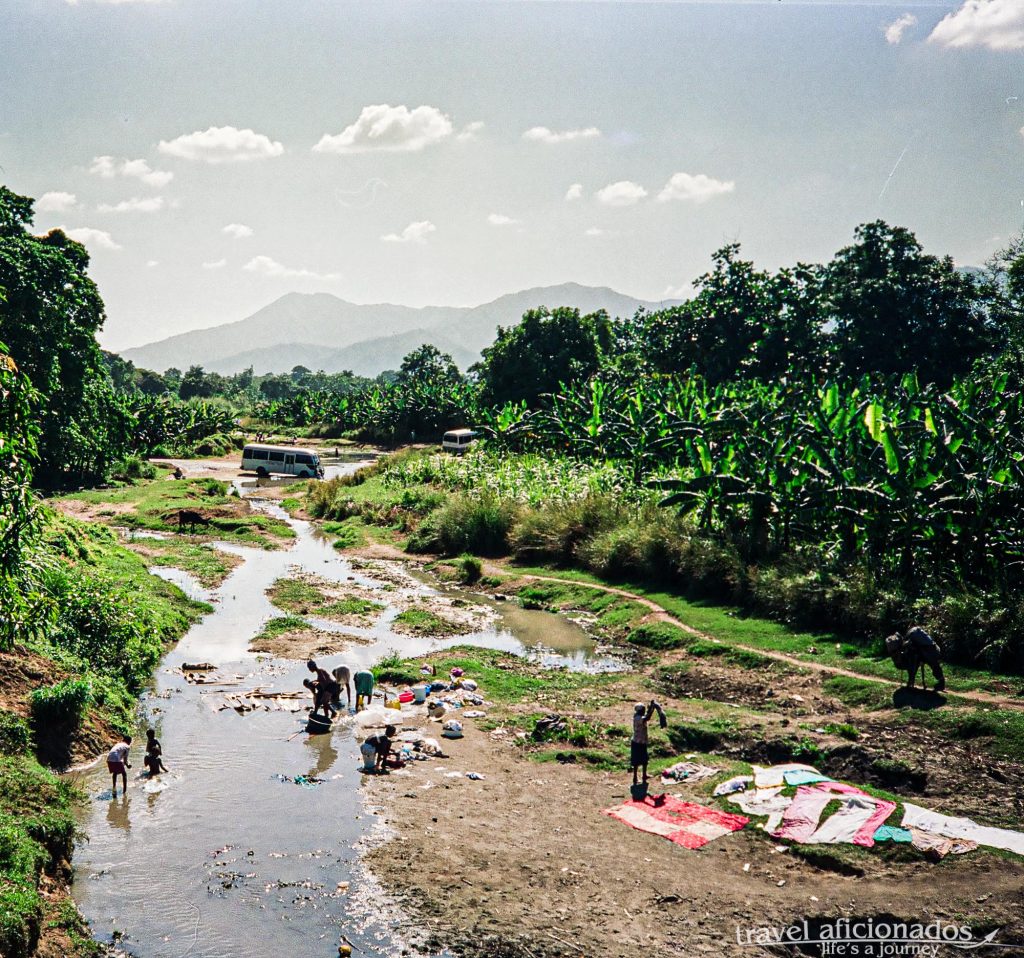 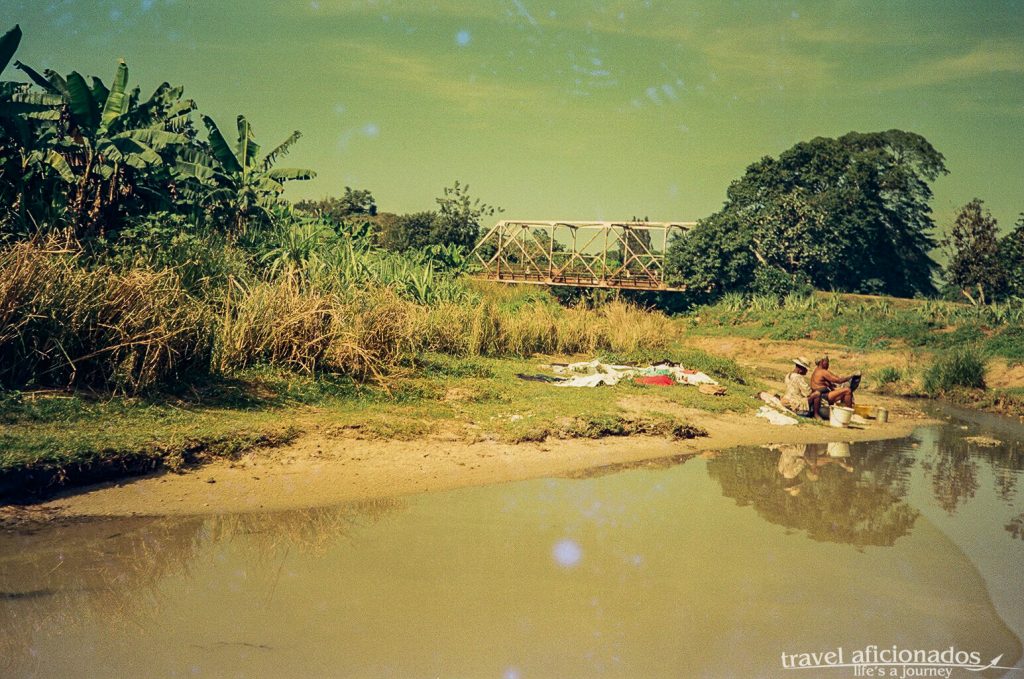 We walked across the bridge, but for the bus it was to dangerous 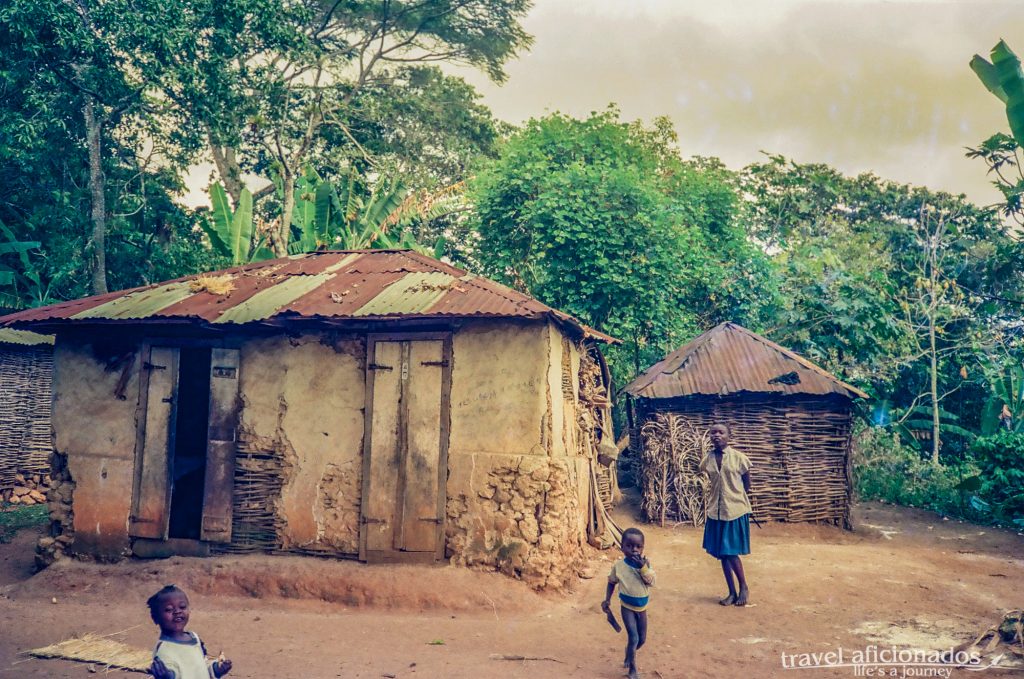 Children racing towards us, excited about the attraction of the month- a car passing

Haiti was France’s richest colony in the Caribbean and the place of the only successful revolution of slaves ever. In a struggle that lasted over several years, an army of slaves kicked out the French army under the command of Le Clerc, Napoleon’s brother-in-law. Although he had arrived with 32.000 soldiers, he soon was defeated. In 1804 the north of Haiti become the first territory that freed itself from French rule under of the leadership of Henri Christoph, a general in the Haitian army. In 1811 he crowned himself the first black king in the New World hoping that a monarchy would rather win the recognition of European monarchies. This of course did not happen, even after he sent a well written constitution to the emperors of Germany and Russia. Henri Christoph introduced elaborated court ceremonies and created two counties called “Limonade” and “Marmelade”. But no matter how hard he tried, in those days who would accept a black king that had successfully staged a revolution. 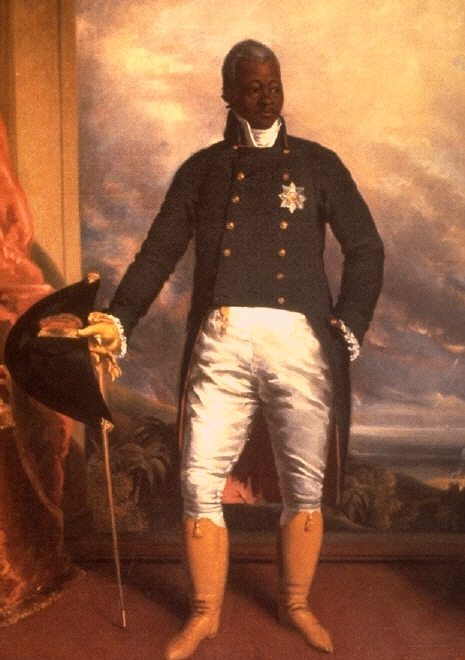 Henri Christoph’s rule was very strict and authoritarian, on the other hand, he invested in hospitals, introduced compulsory education and continued with plantation economy. Legend says that Christophe shot himself with a silver bullet, after he suffered a stroke in1820, and some of his troops mutinied when their salary was cut. The Austrian explorer Karl Ritter was in Haiti then and reported about the looted palace “torn silk curtains were flying in the broken windows.”

Only when I entered did I realize I was inside a gigantic fortress. Looking back this seems impossible, since the fortress walls rise 40 meters from the mountain top and make it visible from far away. But the 19 km drive from Cap-Haïtien was like a roller-coaster ride due to the condition of the road, plus we had a flat tire going up. But the jeep could only go up part of the way, the rest we covered on horse-back, riding along the narrow mountain path leading to the Citadel. 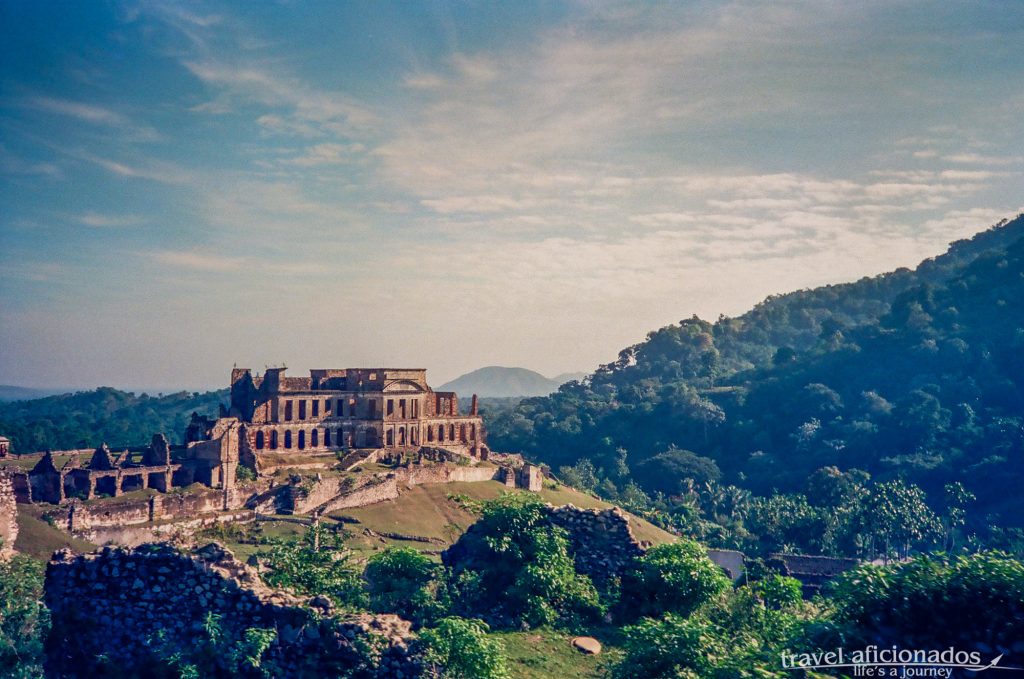 It is Haiti’s only real historic monument, built by 20.000 former slaves after they successfully rebelled against French rule. Sans-Souci was completed in 1813, at the cost of hundreds, maybe even thousands of labourers’ lives. Some committed suicide to escape the hard working-condition, especially since they were promised to return to their African homeland if they died building this fortress.

The fortress included Henri Christoph’s palace Sans-Souci Palace built in 1811 in the year of his coronation, ready to compete with the palace of the same name in Potsdam near Berlin and Versailles. It had flower gardens, a swimming pool, rainwater was collected from roofs to be used for toilets.

Inside the fortress were dungeons, bathing quarters large cisterns and storehouses that could hold enough food and water for 5,000 defenders for up to one year. For a long time, architects doubted that black slaves were able to this forgotten 8th wonder of the world.

It was the biggest fortification in the New World and continues to serve as a symbol of Haitian independence and of black pride. It was meant to defend the first free state created by slaves against potential French invaders, but ironically the French never came. It was never used in combat and eventually abandoned. 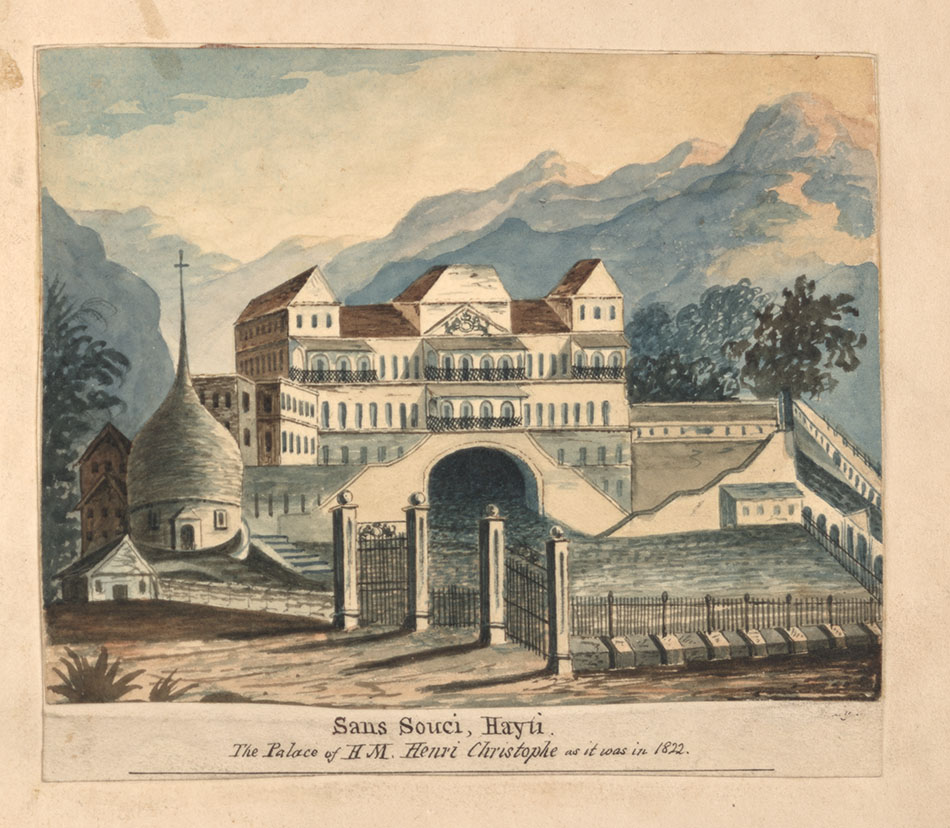 Another fascinating story our guide had ready for us was that of the tomb of Henri Christophe’s brother-in-law. He and 100 soldiers were killed in 1818 when the  gunpowder room exploded in the fortress. Since only a leg was left from him, this is what was buried.

Since its construction, the fortress has withstood numerous earthquakes, but an 1842 earthquake destroyed a lot. In 1982 the fortress and the palace were granted the status of a UNESCO World Heritage Site and a lot of renovation work was done. 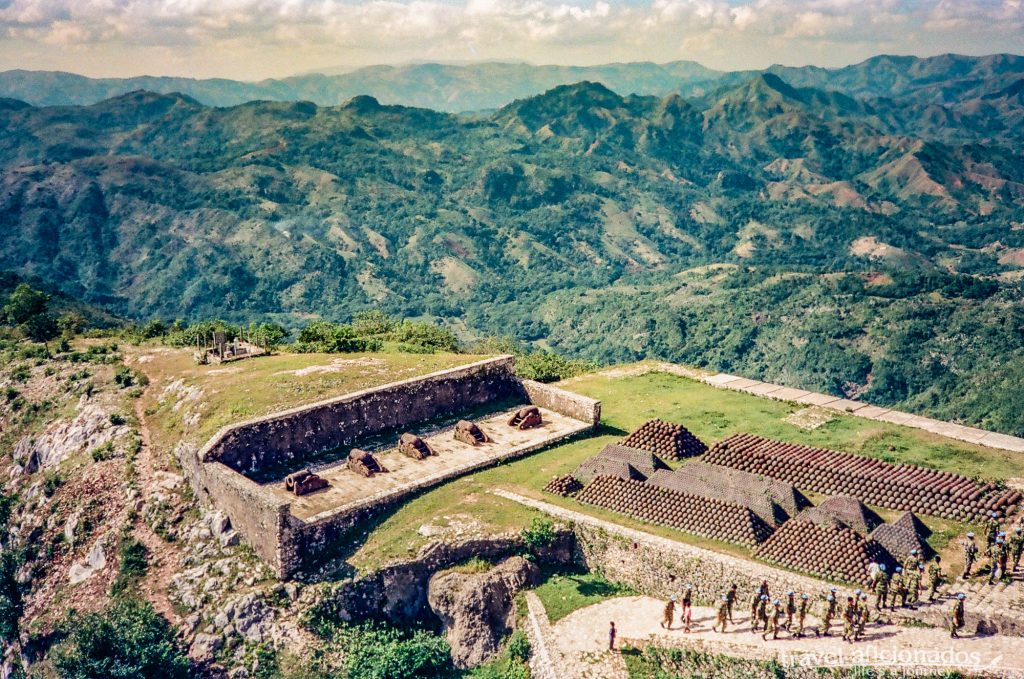 Throngs of locals were following us around, we were the only European visitors, a group of UN soldiers was visiting, all Indians and Pakistani, lining up to have a photo taken with me. 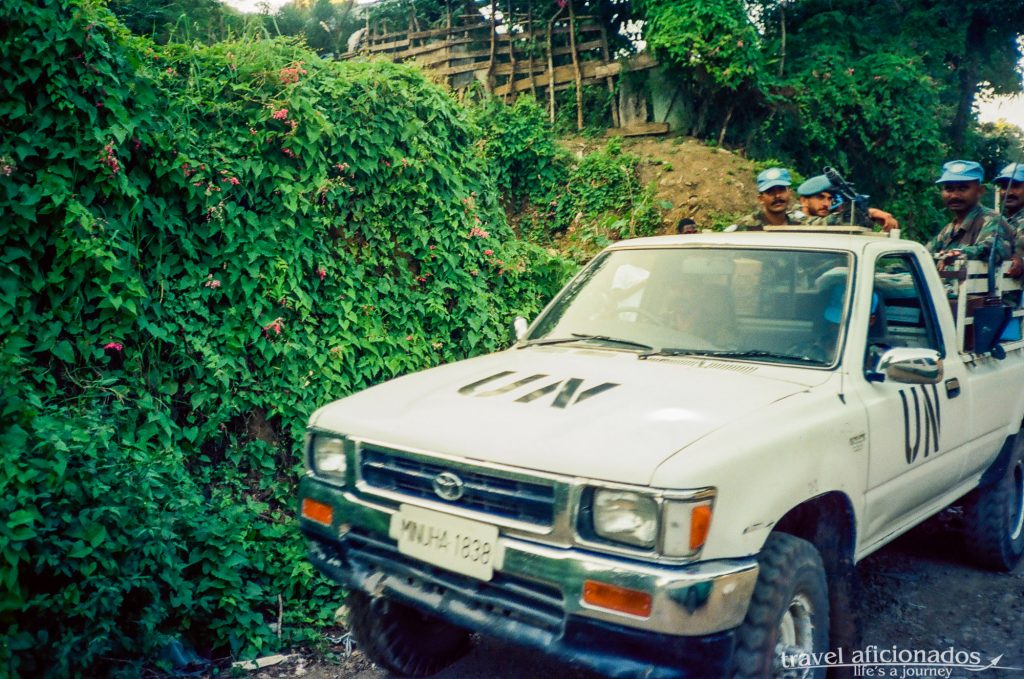 A night out in Cap-Haïtien

The night we spent in small bungalows on the beach, the place was run by a former diver, Jean Claude, who worked with Jacques Cousteau. The place was fenced in with signs that guns are not allowed inside. When I did a little walk, I noticed locals clinging to the fence, desperate faces begging money from me. During all my travel I have never encountered such poverty. 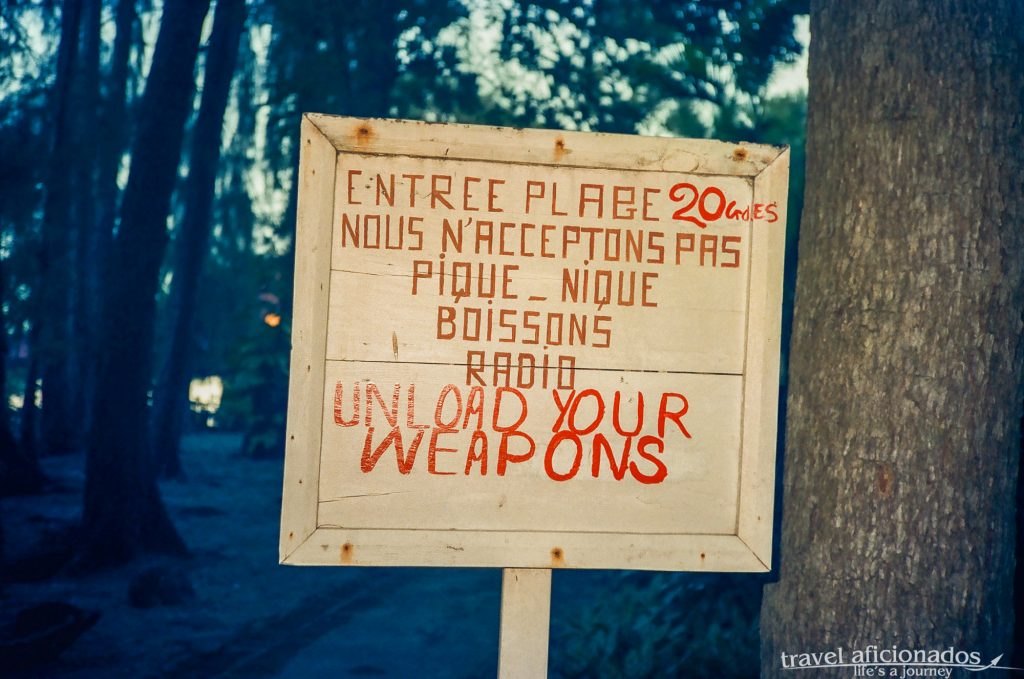 Inside the small compound, life was comfortable, I had a few beers with the owner and the boss of UN troops in Haiti that night. 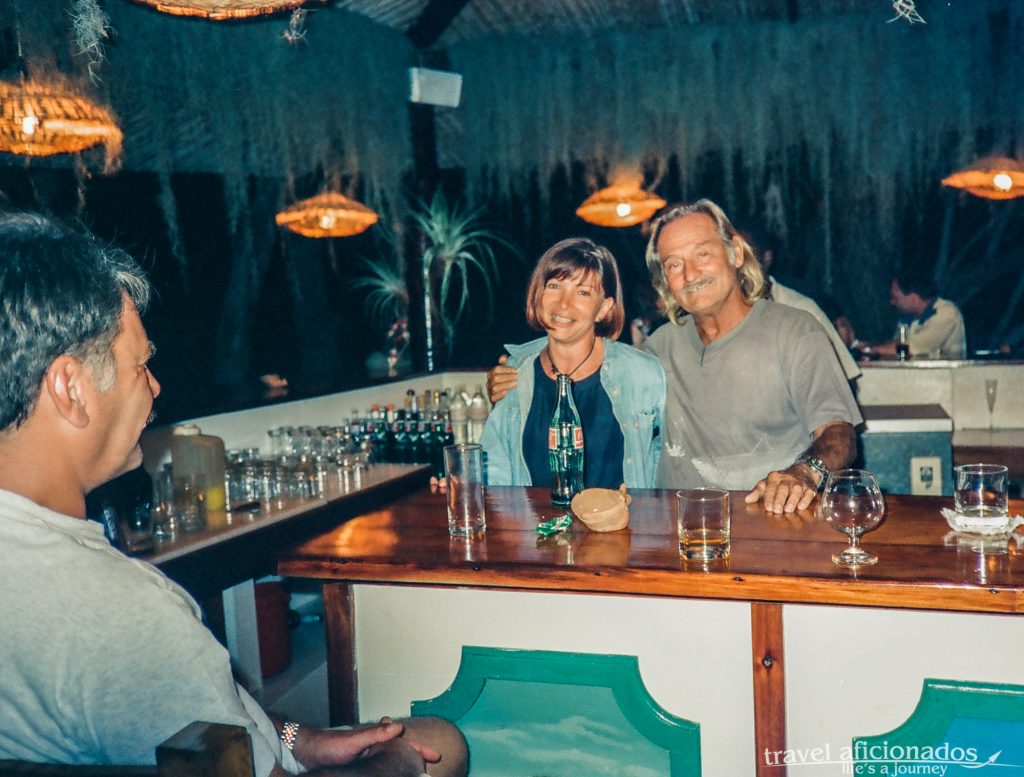 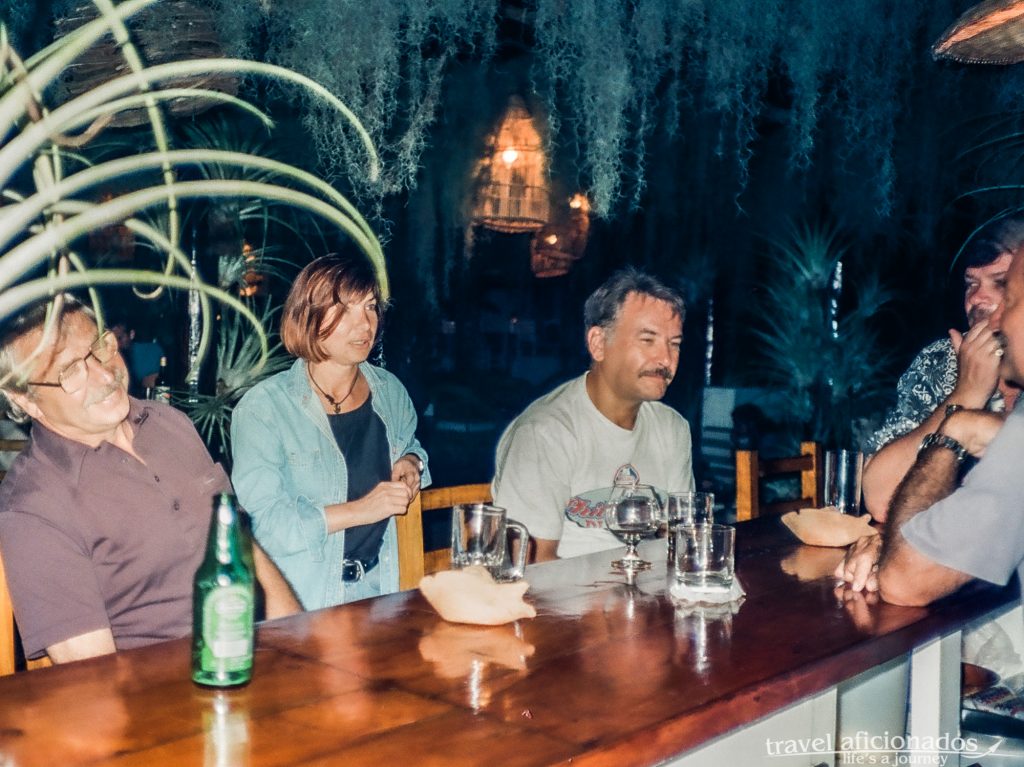 The head of the UN troops in Haiti joined us 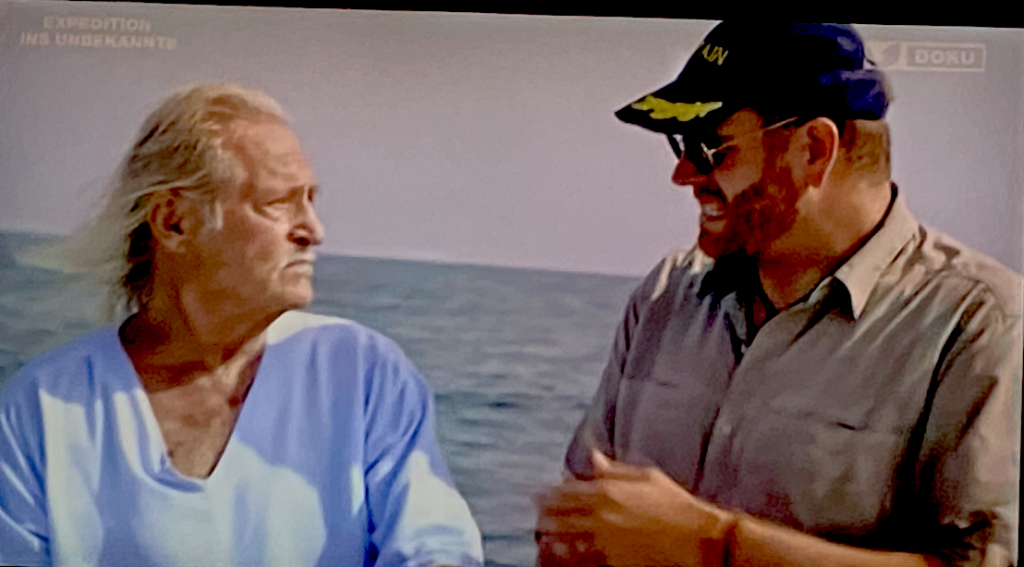 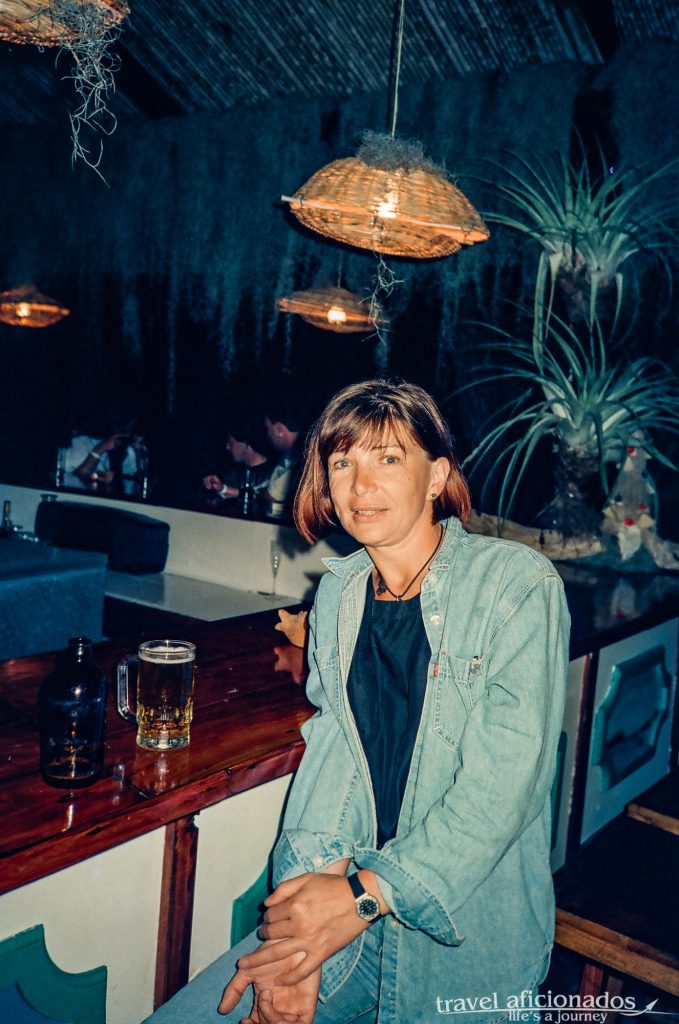 Bar at our little hotel on the beach

The other thing I will never forget is the smell of the bills of local money: most people would not have a wallet to carry around  the little money they had.  They kept it in bags, on their body, plus it had been handed around for so long that the numbers on the small denominations were impossiblee to dicepher, for me at least. When touching it, I was afraid it would fall apart. 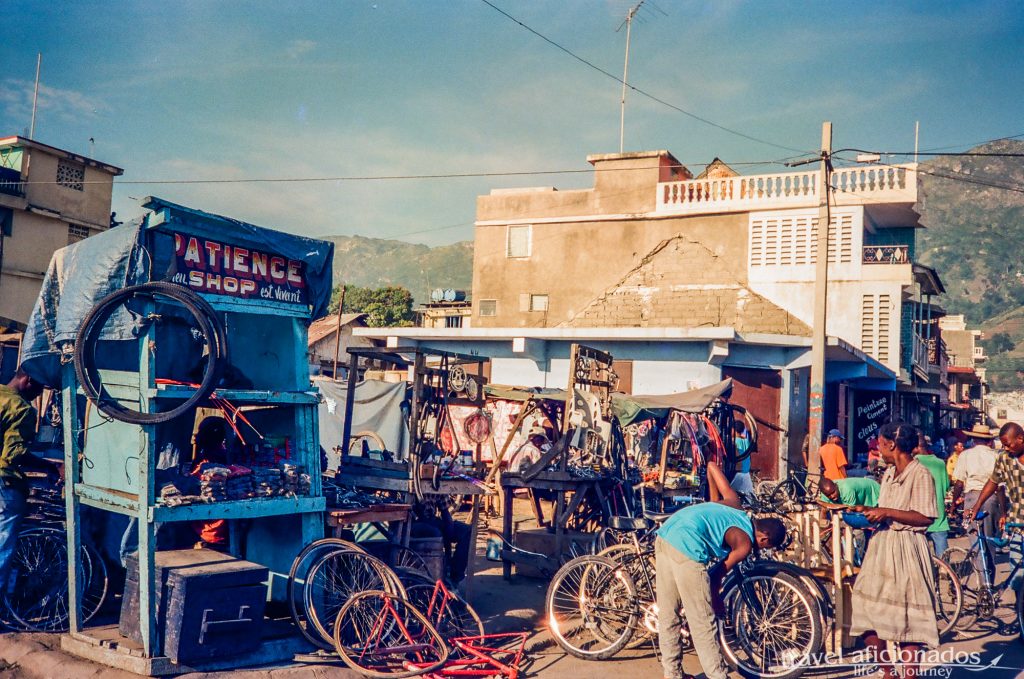 Cap-Haïtien– Paris of the Antilles

Not much is left from the wealth and sophistication that gave Cap-Haïtien this nickname. The river running through is polluted by a lot of thing. The public toilets, wooden stalls on poles planted in the muddy banks, were certainly one reason. 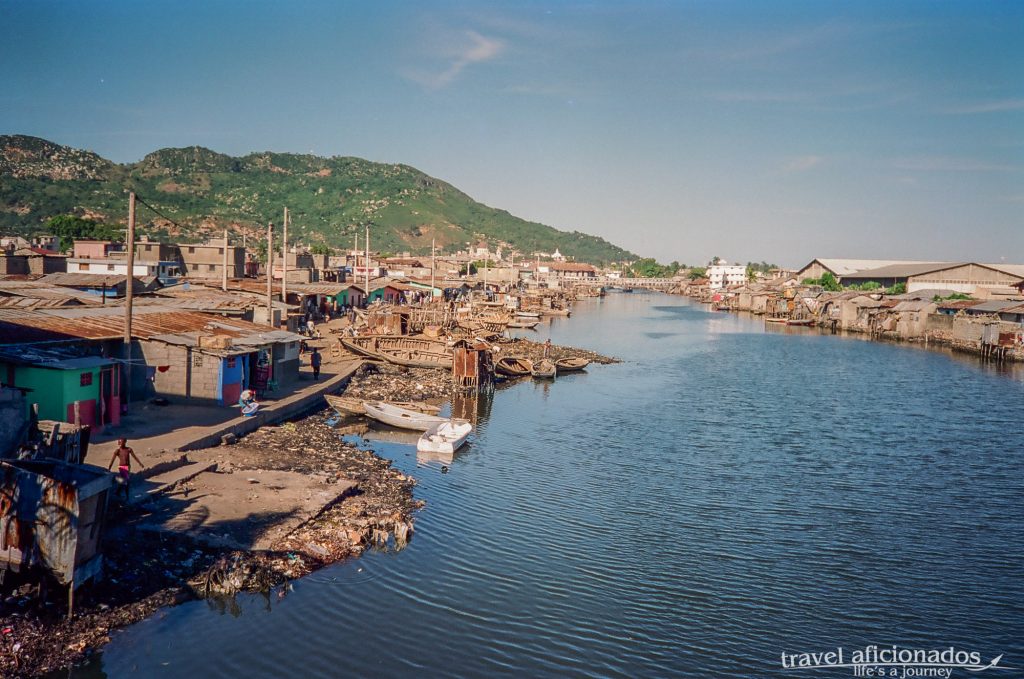 Women, with a hard look on their face and bodies so lean  and trained from the heavy work they were doing. A visit to the Iron Market is stuck in my memory. One of the guys I was travelling with was a blond German guy of 190m. He stuck out like a sore thumb and I will never forget the looks he drew. 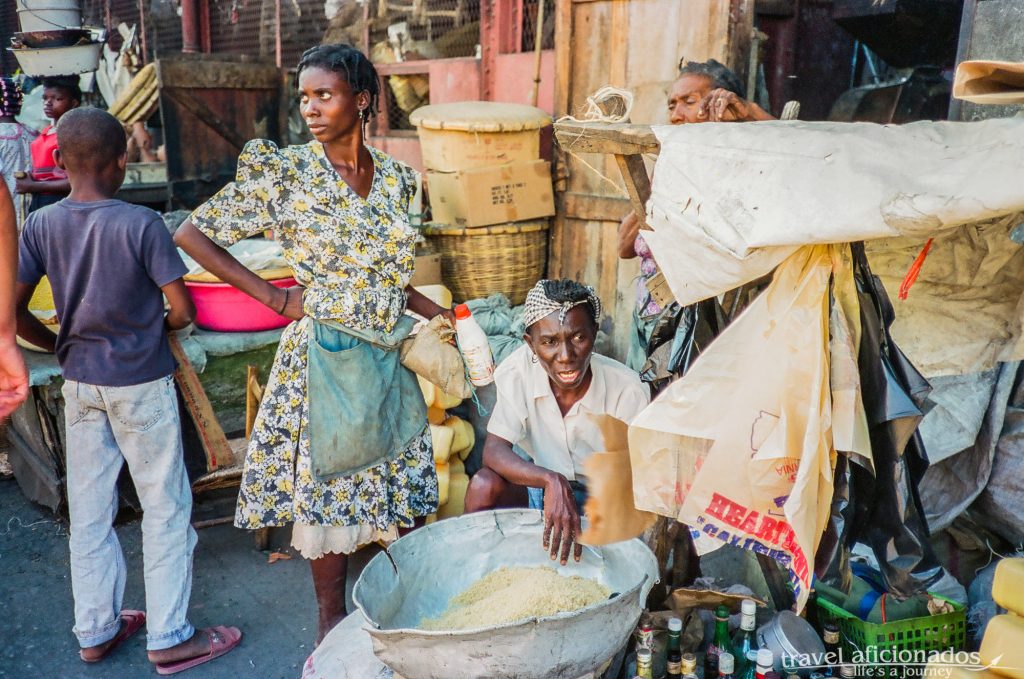 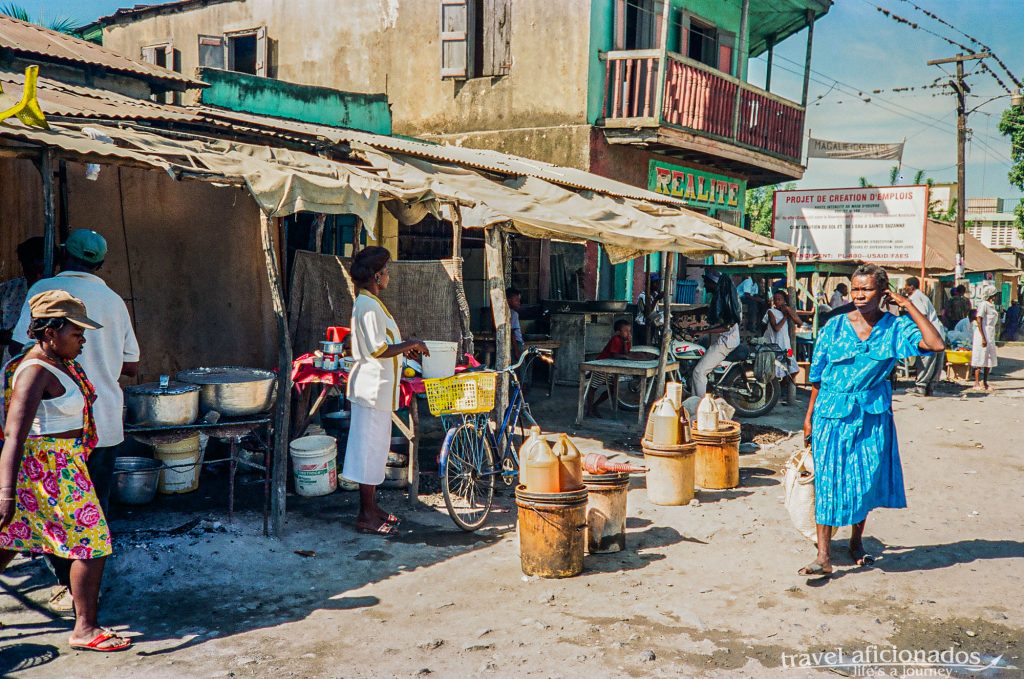 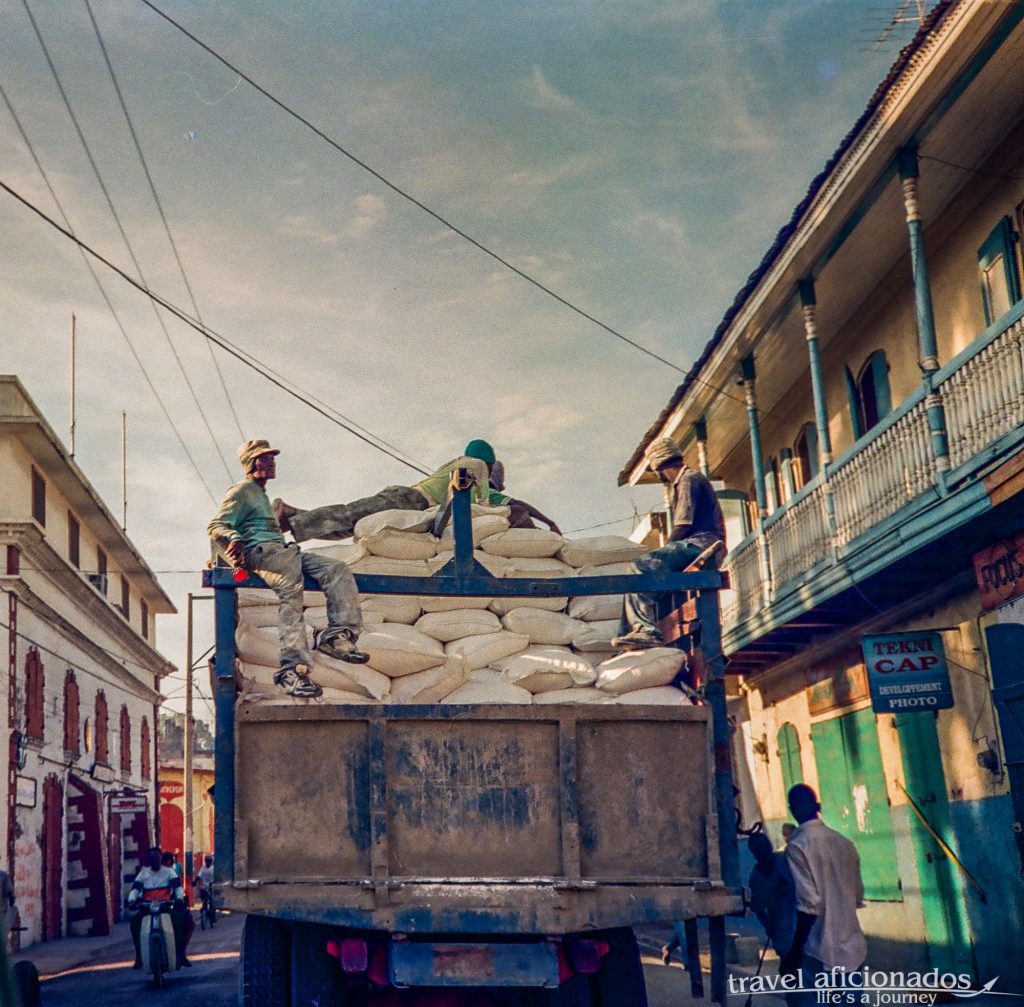 Many of the vendors were selling charcoal and it made me wince to realize why there were so few trees. 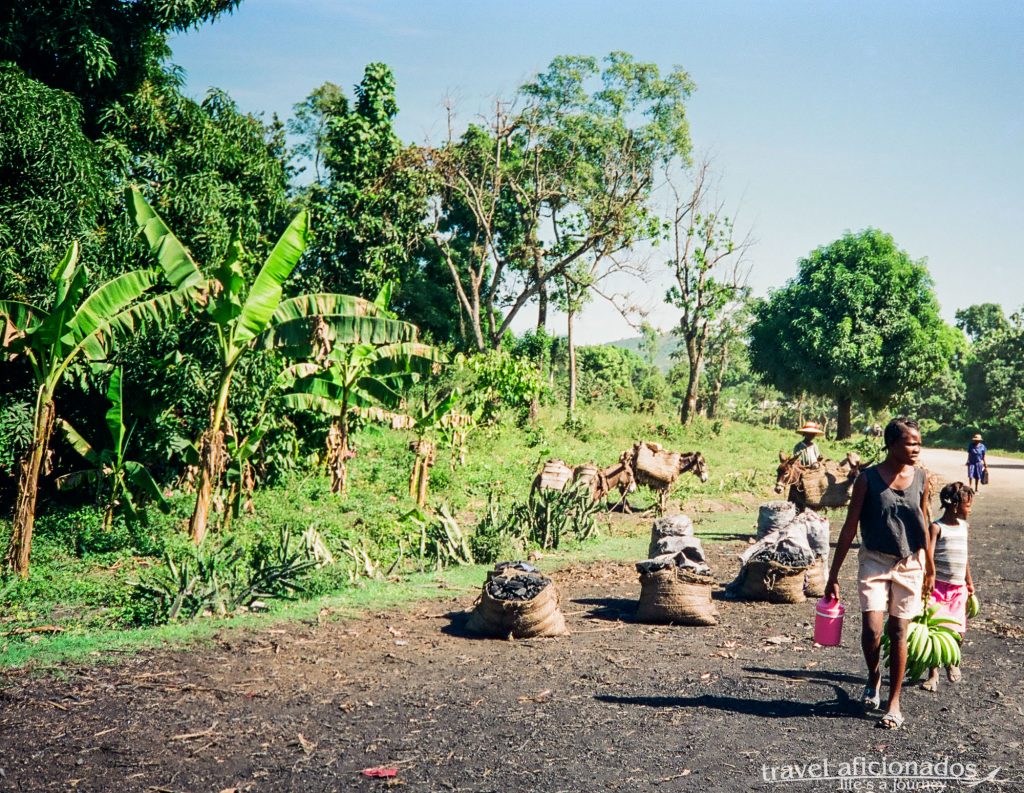 Selling in charcoal is a main source of income for women

Leaving the Dominican Republic, we passed across Haiti and you could tell which was which of the two countries by the lack of trees on mountain slopes. 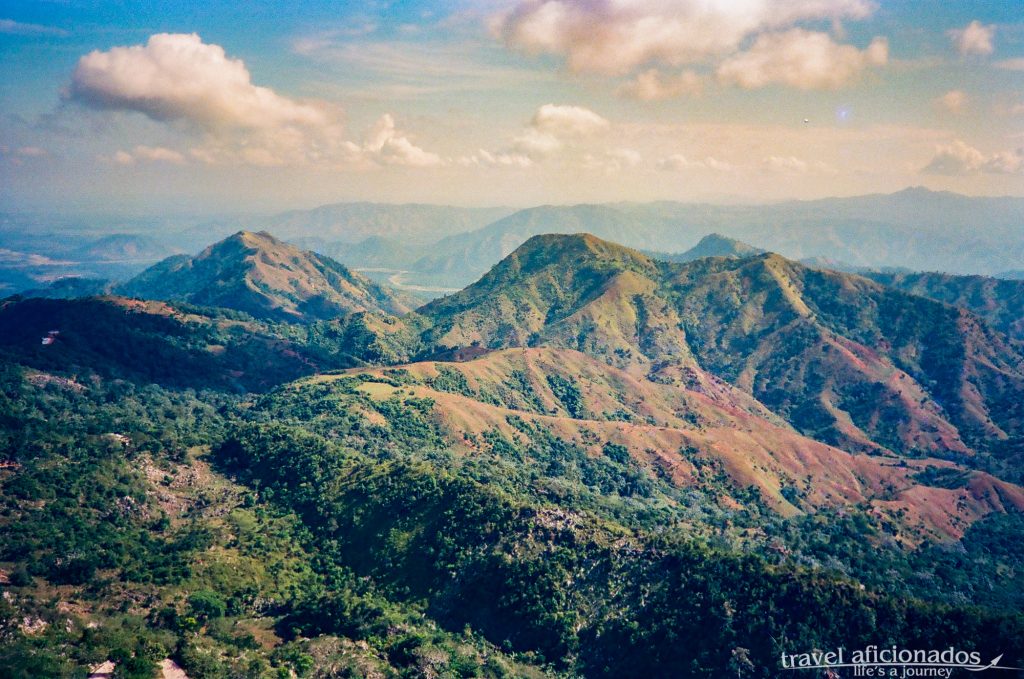 One night we were taken to a village to watch a voodoo ceremony. It involved a lot of dancing and singing and I was not sure what the bottles of alcohol were for. I did not really see people drinking from it, but they were always nearby, maybe for the ghosts. 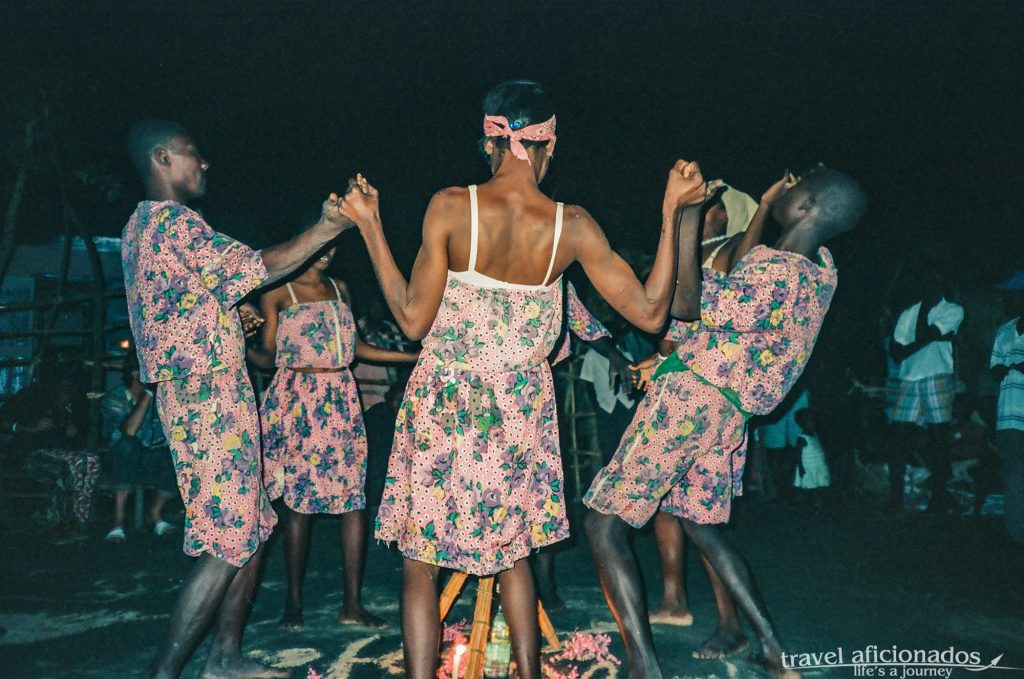 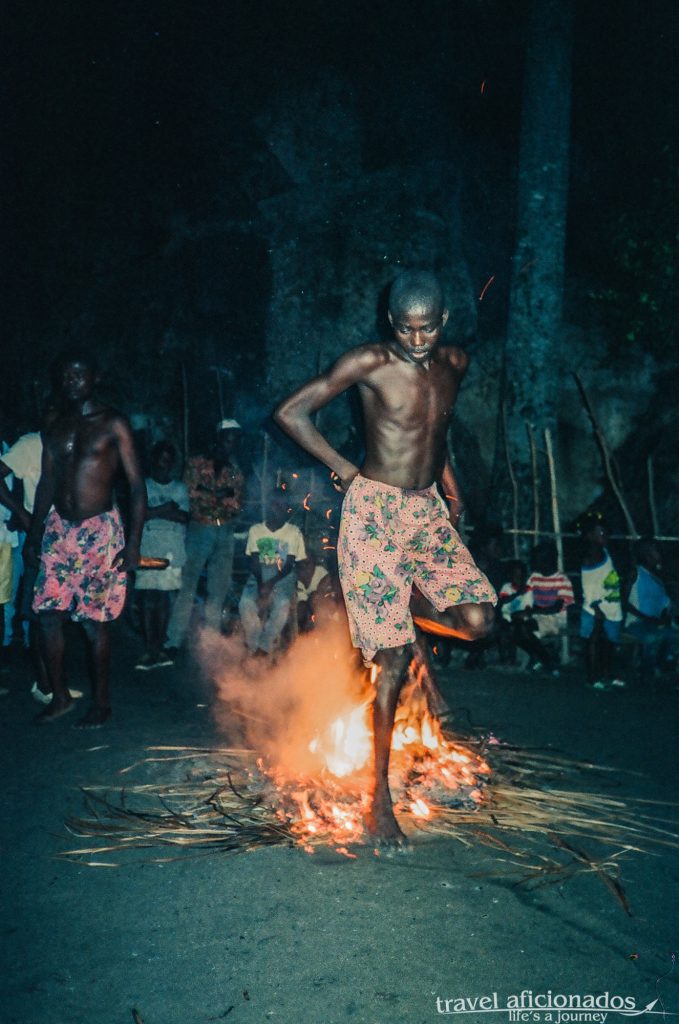 I wrote this text 25 years later after watching a documentary on Columbus. One of person shown in the film was Jean Claude, the diver I hung out with in a bar in Cap-Haïtien in 1996. This virtual encounter promoten me I have the photos I Took back then  digitalized, so the quality is rather poor, but the memories are strong and I would love to return to Haiti. But the Country seems to be constantly hit by natural disaster or political unrest. It never seems the right time. It never seems to be the right time. 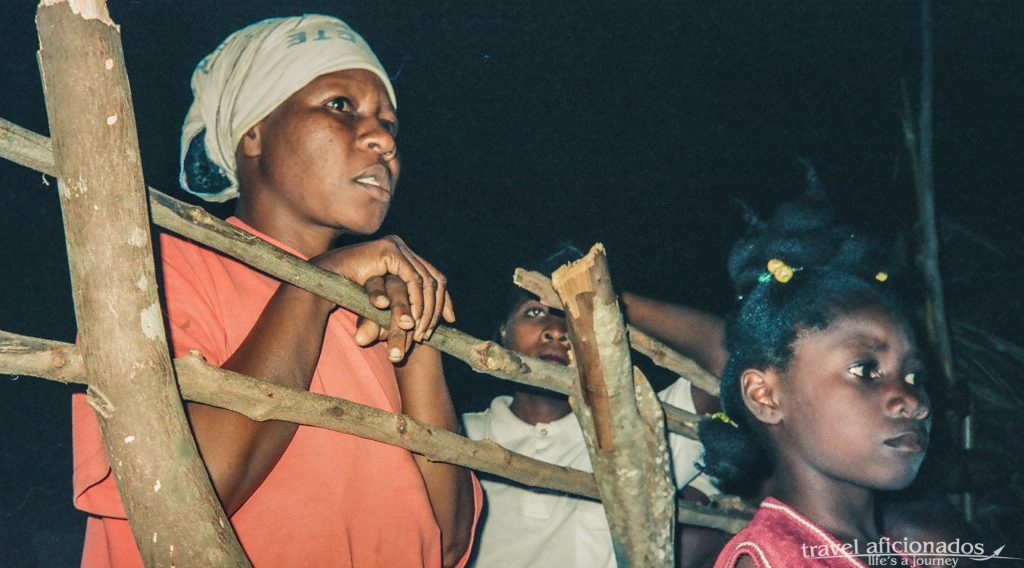