By Gilles Barbier on 8. February 2015 in Myanmar 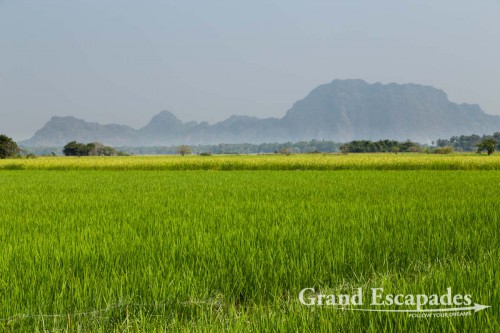 Myanmar is currently experiencing an exponential increase in international tourism, mainly through large, organized tours. Nevertheless, we found places Off The Beaten Track, actually many more than we had expected. And not all that far away from the main tourist drag Yangon / Mandalay / Bagan / Inle!

South of Yangon we discovered quite a few areas where even independent travelers are rare but highlights abundant!

is such a highlight, 5 to 6 hour south of Yangon – a place we almost missed, as we had so little information about it. What made it so special for us?

was the capital city of Burma during British Rule and shares the fading charm so many other run-down colonial cities live of. Old, decrepit houses line the sleepy waterfront and pagodas dot the nearby hill… A perfect place for strolling around, despite record temperatures and high humidity! Even in the coolest period of the year, at noontime the heat was suffocating. 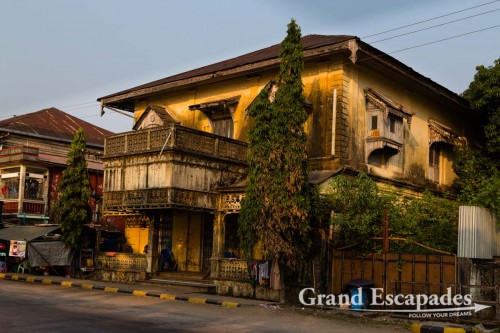 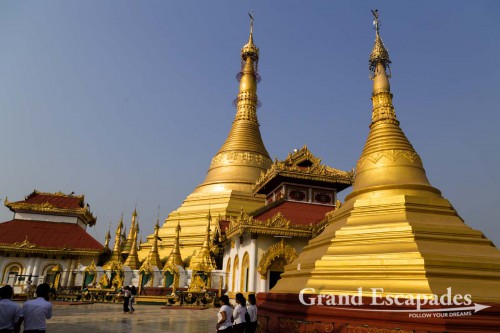 For us, the real attraction was the waterfront at night, when dozens of food stalls set up business and a huge variety of food can be enjoyed. We squeezed into these small plastic chairs and tables (it felt almost like sitting on the floor) and sampled noodle soups, barbecued fish, sausages, vegetable and fried noodles. Ever tried Ginger Salad and Tea Leaf Salad? We did! Sipping fresh fruit juices and cold beers we emerged in a local-only crowd doing exactly the same…

The exception proves the rule? In the late afternoon, large groups of foreign tourists check into the grossly overpriced hotels on top of the mountain. Though so many, they are vastly outnumbered by local visitors… No matter how many people travel there, we did not see its attraction. Mount Kyaiktiyo is supposedly one of the main places of pilgrimage in Myanmar, where every Buddhist wants to come for a day of prayer and worship. 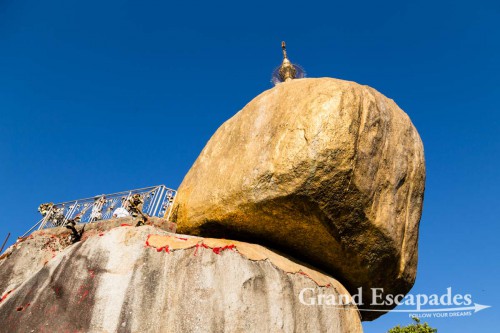 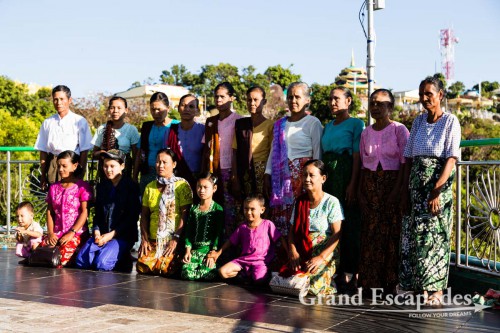 We found the place over-crowed and lacking any spirituality whatsoever. Locals mainly come to pose in front of this balancing bolder covered with gold leaves… to take selfies! Our advice: just skip this expensive place!

A few words on infrastructure?

Though still Off The Beaten Track, both Hpa An and Mawlamyine are easy to reach from Yangon by bus. You want to continue up north to Mandalay? Hop on a direct bus.

If it needs to be a cheap place to rest your head: the very nice Golden Sky Hotel in Hpa An is your best bet, with rooms ranging from 10 to 25 USD and a nice, breezy terrace with views of the river.

The backpacker hostels recommended in the Lonely Planet are extremely disappointing. In Hpa An, Soe Brother is extremely basic but somehow ok. Breeze Guesthouse in Mawlamyine is a dirty hole, period! Over breakfast, people’s conversation would center on bed bugs, especially among those staying in the cheaper rooms without AC. Avoid both, there are alternatives in each price range!