By Heidi Sequenz on 27. July 2019 in Lebanon, Middle East/Caucasus

Many places on this globe claim to be the oldest, but Byblos truly is!  Byblos has been continuously inhabited for 5000 years. Theoretically only half an hour north of Beirut  and with Jeita Grotto and Lady of the Lebanon nearby makes it Lebanon’s most touristic sight. Byblos has been influenced and controlled by many civilizations,  the Phoenicians, the Egyptians, The Assyrians, the Persians, Alexander the Great, the Romans. 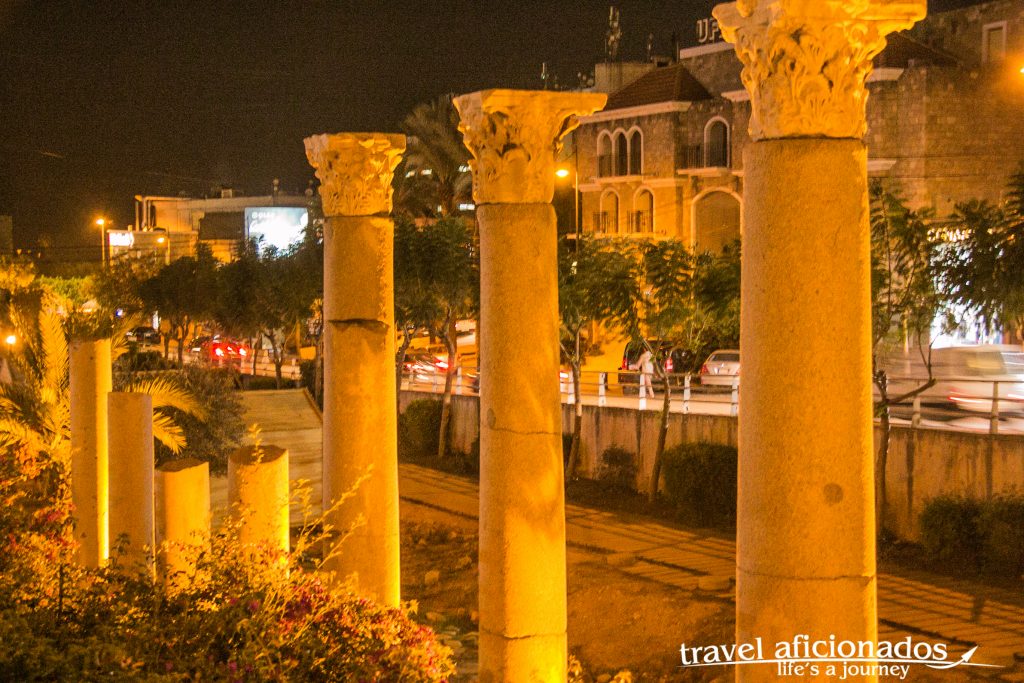 Bylos- Lebanon, oldest city in the world, inhabited for 5000 years 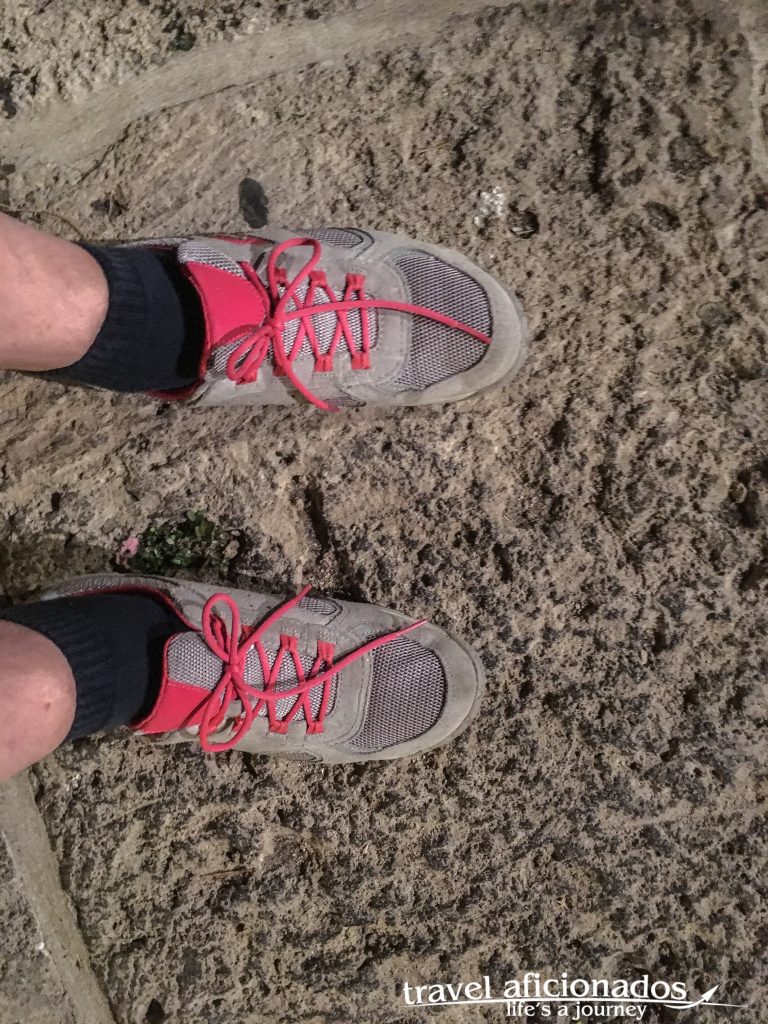 Excited setting my foot on such ancient ground 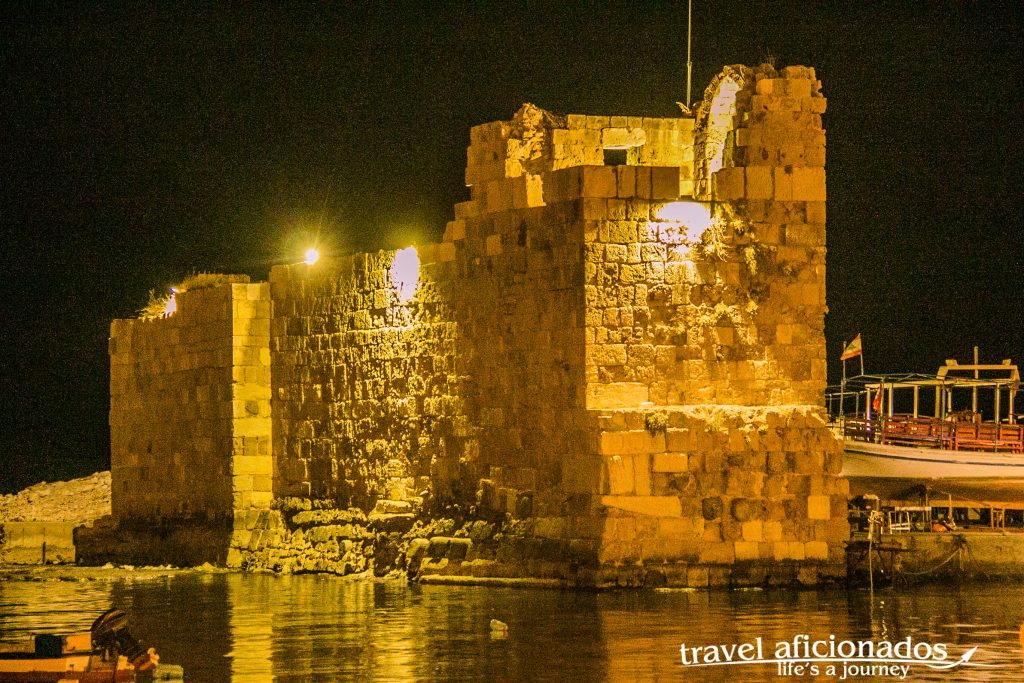 Crusader castle in the harbor of Byblos

Byblos  suffered under the violent struggles between Crusader and Muslim forces. It was then that it passed into insignificance until a French historian and philosopher began to excavate the site in 1860.

I arrived so late in the day that I could not visit the archeological park but I could see the restored 12th-century Crusader castle from outside, all lit up.

I was travelling with Sinon, who I had meet during the Alternative-Beirut walking tour and we had a great dinner in a restaurant right at the pretty fishing port. 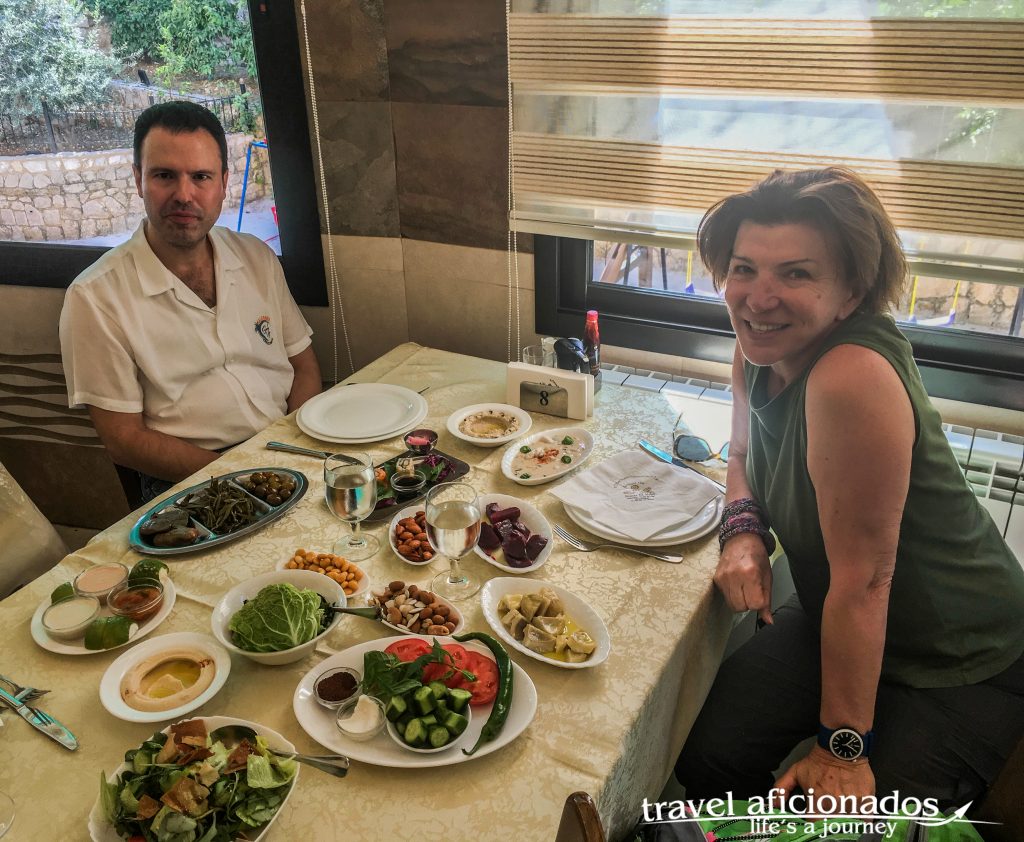 Restaurant near Byblos, Sinan I met on the Alternative Beirut walking tour 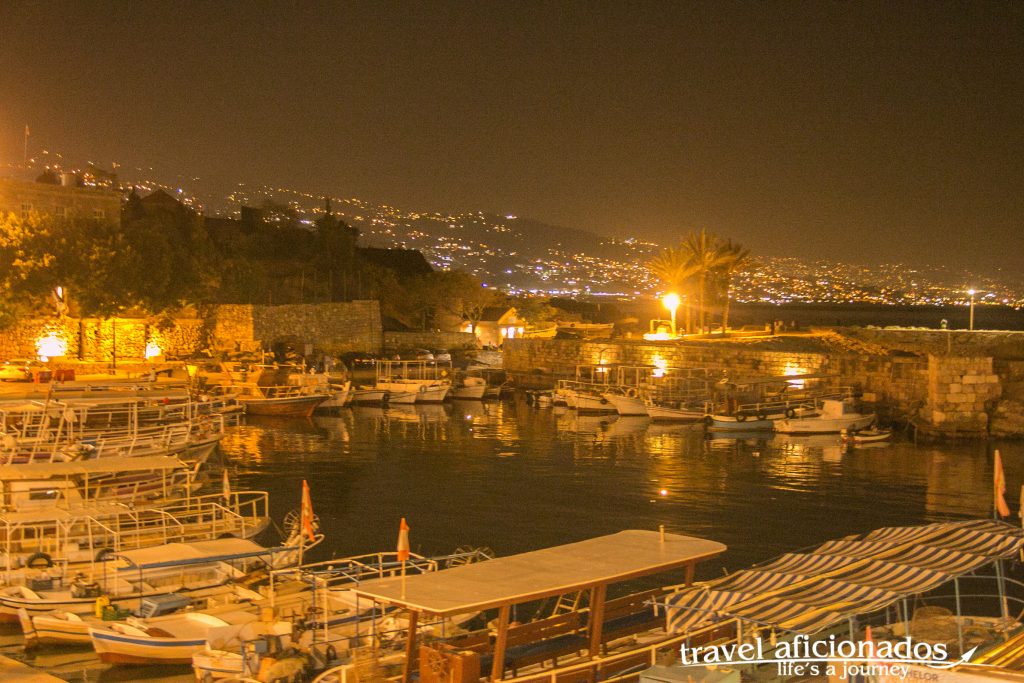 Also the  medieval town centre with its Roman columns is very atmospheric. Byblos is very close to Beirut (if it was not for the heavy traffic) and the most touristic place in Lebanon, full with restaurants, bars and souvenir stalls.

Driving up to Byblos from Beirut I noticed a gigantic white statue on top of the hill. 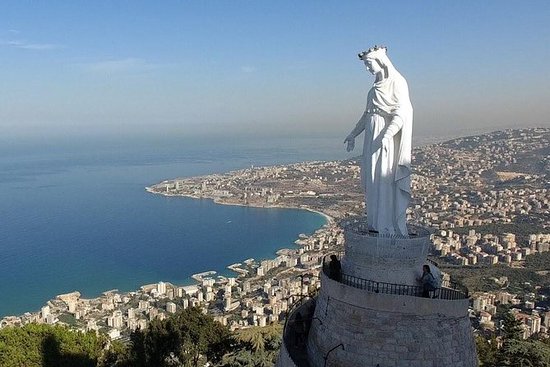 My fellow passengers gave me the story. Our Lady of Lebanon or Virigin Mary  towers over the spectacular Bay of Jounieh. 16 km from Beirut.  Off the bus we jumped and took the cable car up the pine-forested slopes of the Harissa Mountain. The view during the ride up and from above (650m) is breathtaking. Probably the view was the best of this excursion since the place is swarming with tourists climbing up the narrow stairway to the very lady. 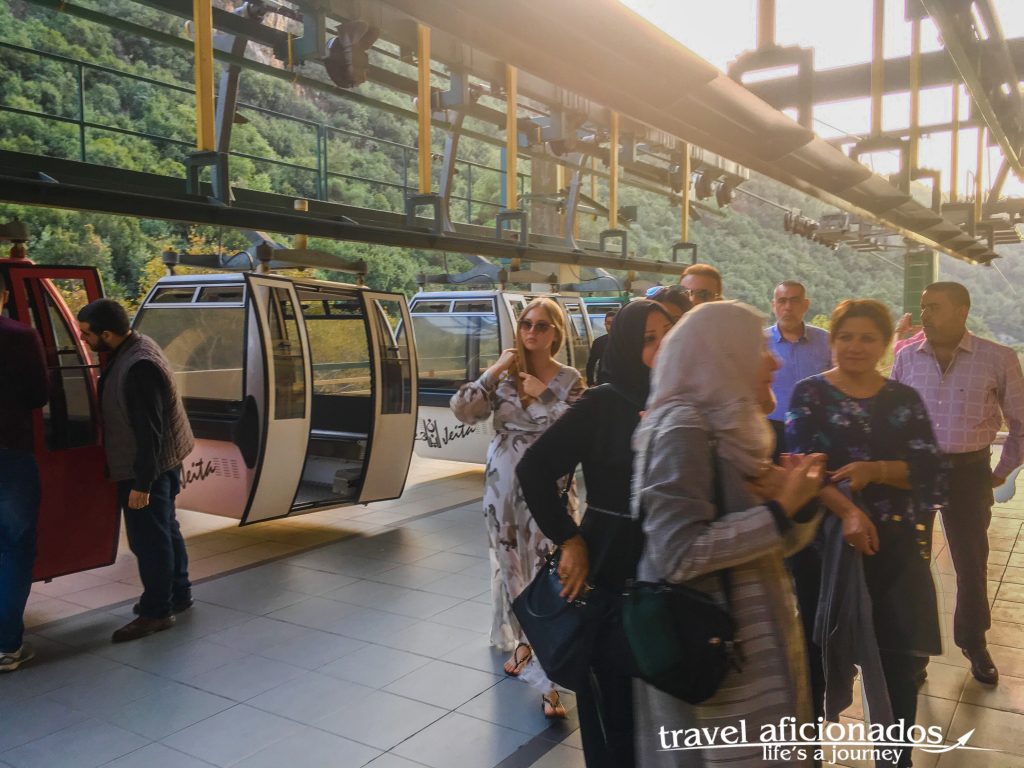 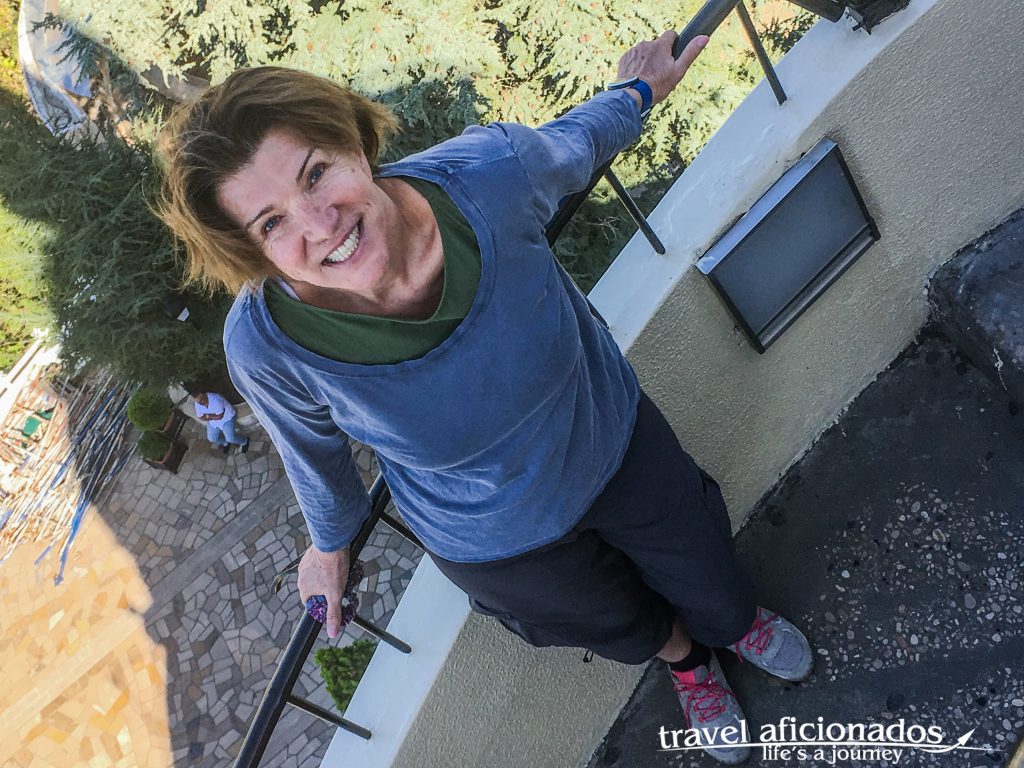 Looking up to Our Lady of Lebanon or Virigin Mary 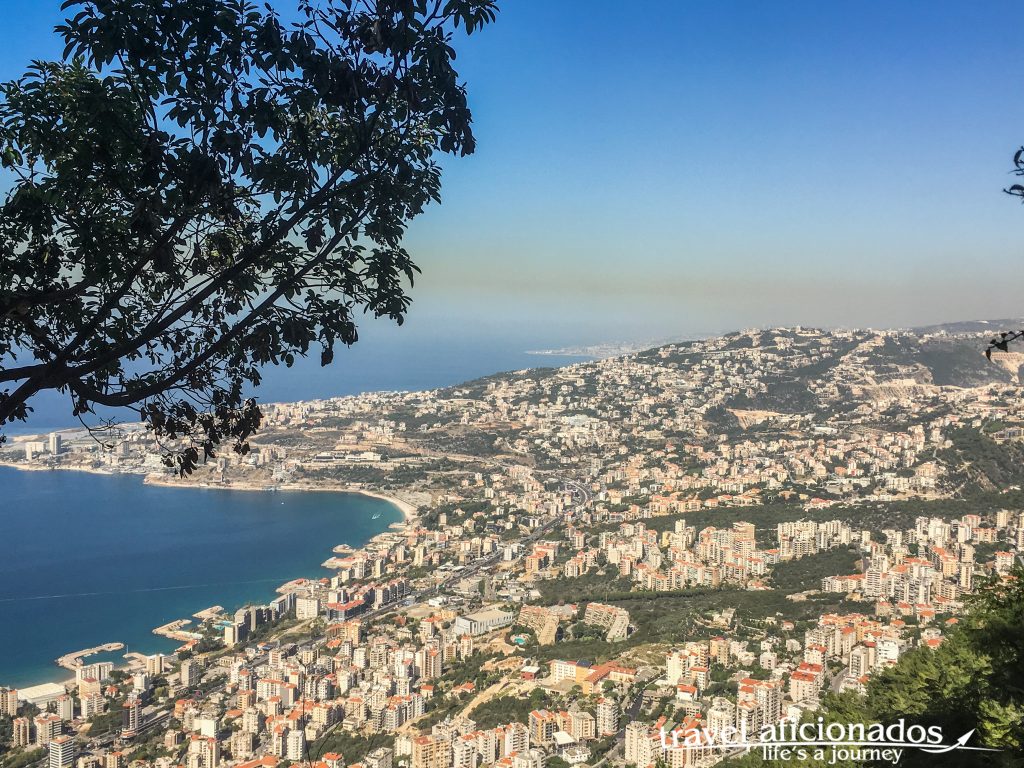 View from Harissa Mountain of the city and bay of Jounieh

Close to Byblos  and Virigin Mary is Jeita Grotto, a short taxi ride up the mountain from the highways along the ocean. The grotto, which is 9 kilometers long, consists of two cave systems and is the longest cave complex in the Middle East. 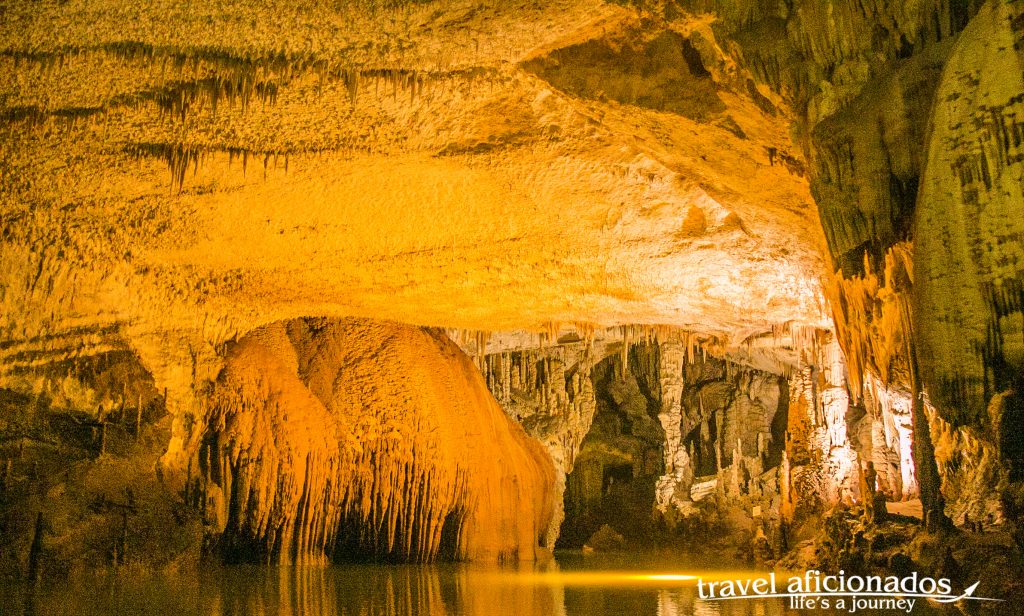 We started with the upper part, which is explored on foot and was only discovered in 1958. I was a bit skeptical because I have seen so many caves in my life, but this one houses the world’s largest stalactites. Definitely worth a visit. Even more impressive was the visit of the lower gallery which is done by boat. The cave is beautifully lit, I loved gliding in absolute silence through the wonder of nature. 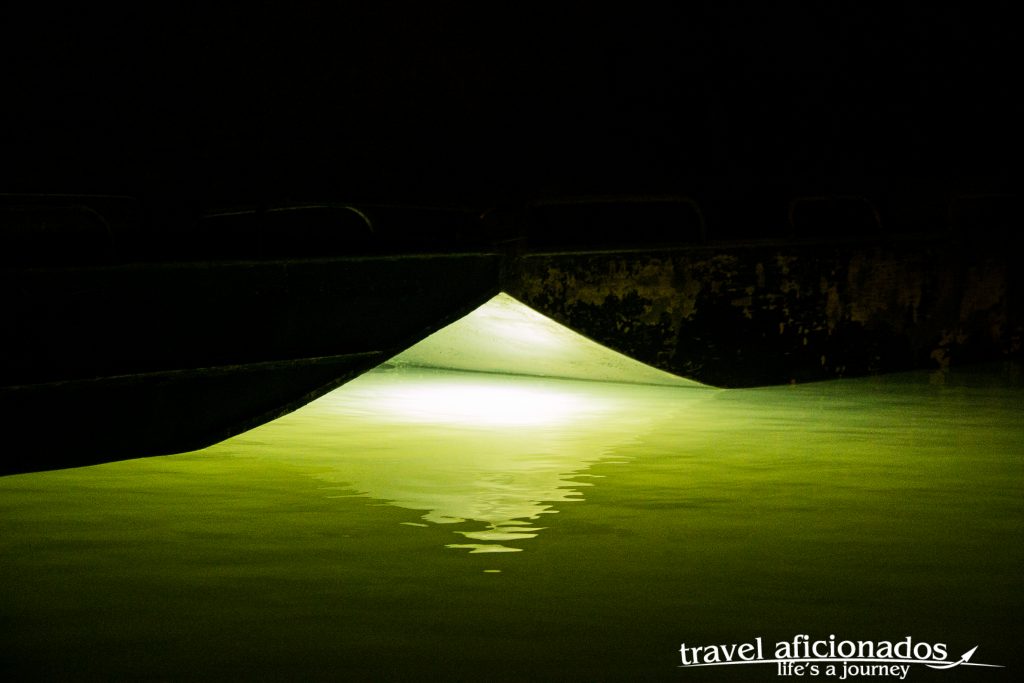 Equally fascinating is the story of its discovery. Although inhabited during prehistoric time it was only rediscovered in 1836 by the American missionary William Thomson. When he reached the river, he fired a shot from his gun. The echoes proved that he discovered a cave of great importance. Jeita Grotto was closed to the public during the Lebanese Civil War. The caves were used to store weapons and equipment. It reopened to the public in 1995.