By Heidi Sequenz on 24. July 2019 in Lebanon, Middle East/Caucasus

The Quadish Valley is Christian territory,  many houses are marked by simple crosses and gigantic churches dominate the landscape. But the real highlights are the scenery, the monasteries hewn into step cliffs and the lovely mountain village of Bcharré. Byblos, the oldest town in the world and spectacular Jeita Grotto are sights on the way. 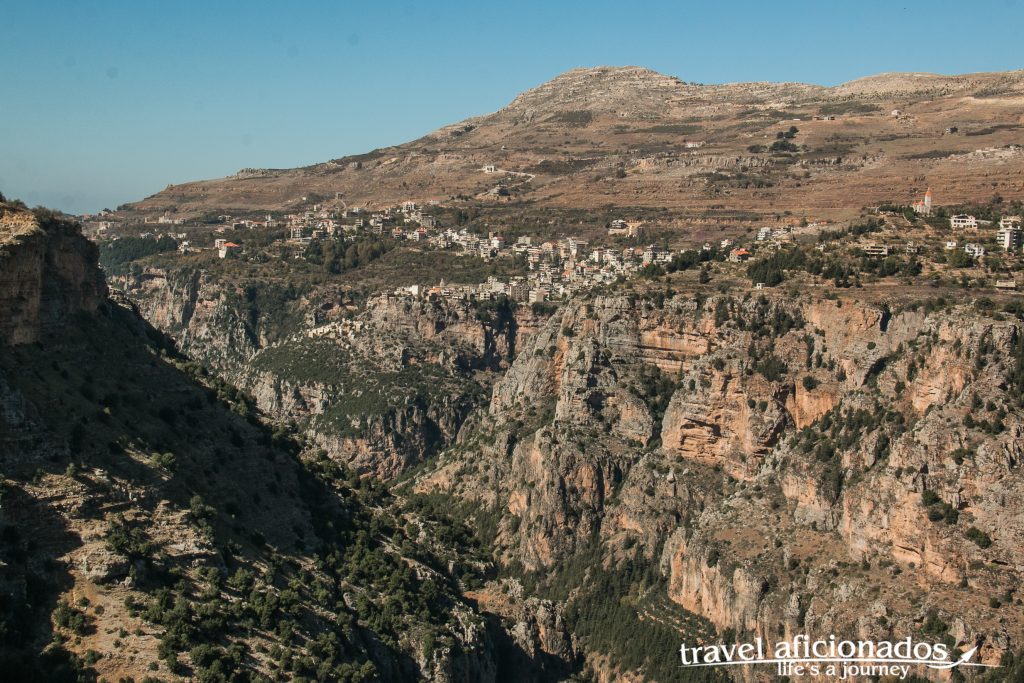 Quadish Valley – Christian territory with Village of Bcharré on top

To get to the Quadish Valley, a Hungarian couple and I rented a taxi in Beirut. We paid 100 € for the whole day. The ride up to the mountain village of Bcharré was breathtaking. 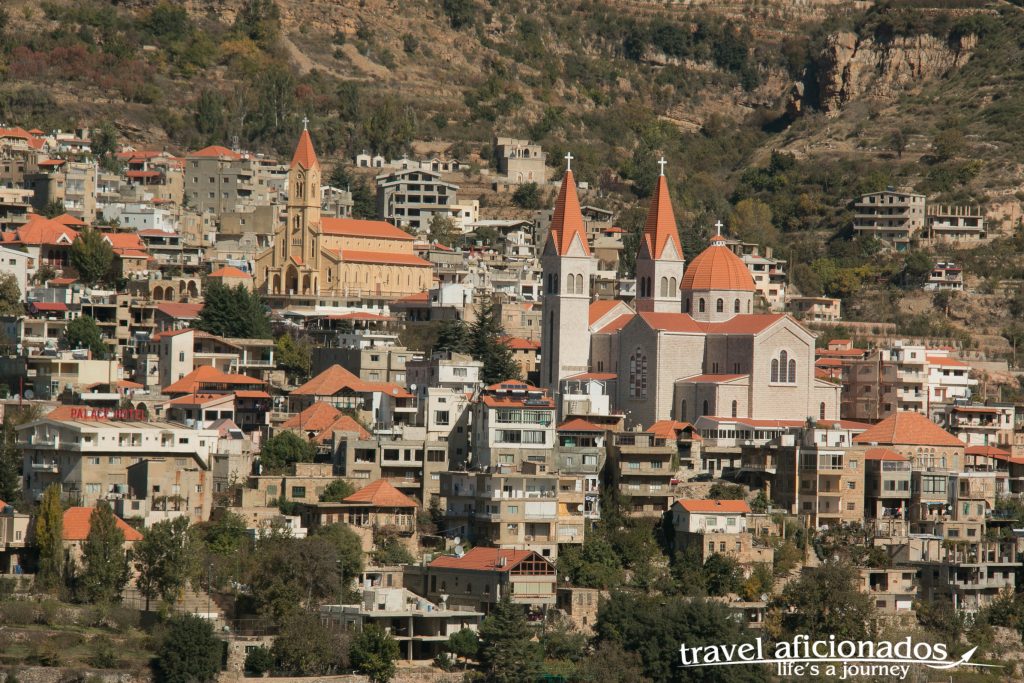 The road winds up and up and offers spectacular views of the Quadish Valley with the river of the same name deep down in the valley. While driving up we passed isolated rock-cut monasteries and red-roofed villages perched on hills or clinging unsteadily to the mountainsides. Immediately I realized that a daytrip was the wrong decisions, since there is so much to see and to do in the area. In the summer it must be the place to be, away from the heat of Beirut. 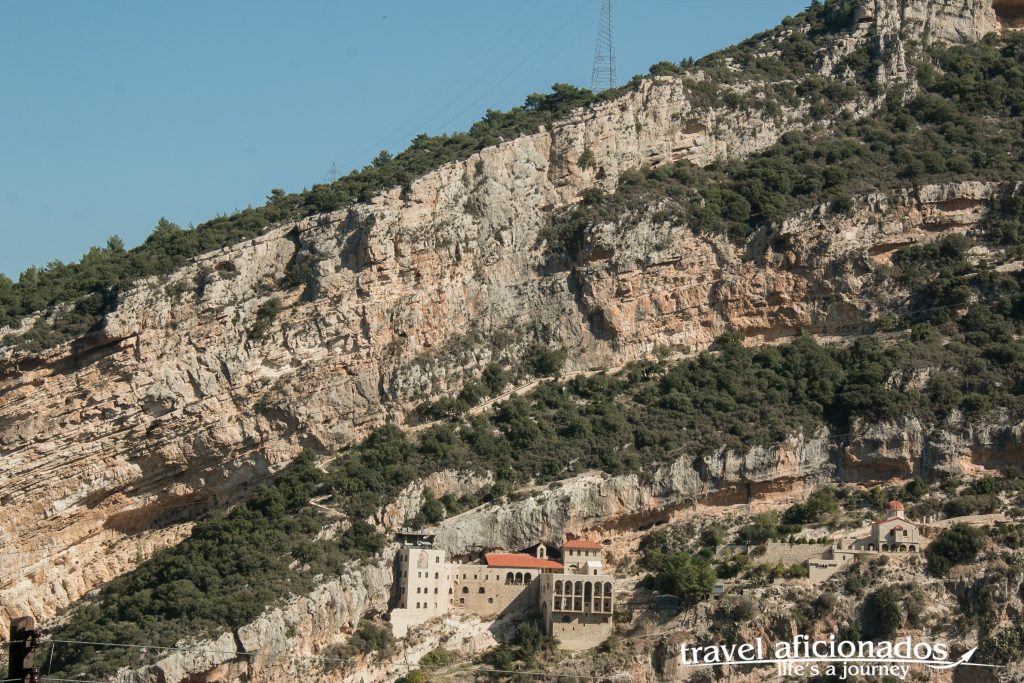 Our driver took us The Cedars of God first, this is one of the country’s few remaining groves of cedar trees. A few of these slow-growing trees are thought to be 1500 years old. The mountains of Lebanon were once shaded by thick cedar forests and the tree is the symbol of the country. Starting with the Phoenicians the trees where cut down and used for shipbuilding and even later, in the 19thcentury the wood was used for building the railway tracks 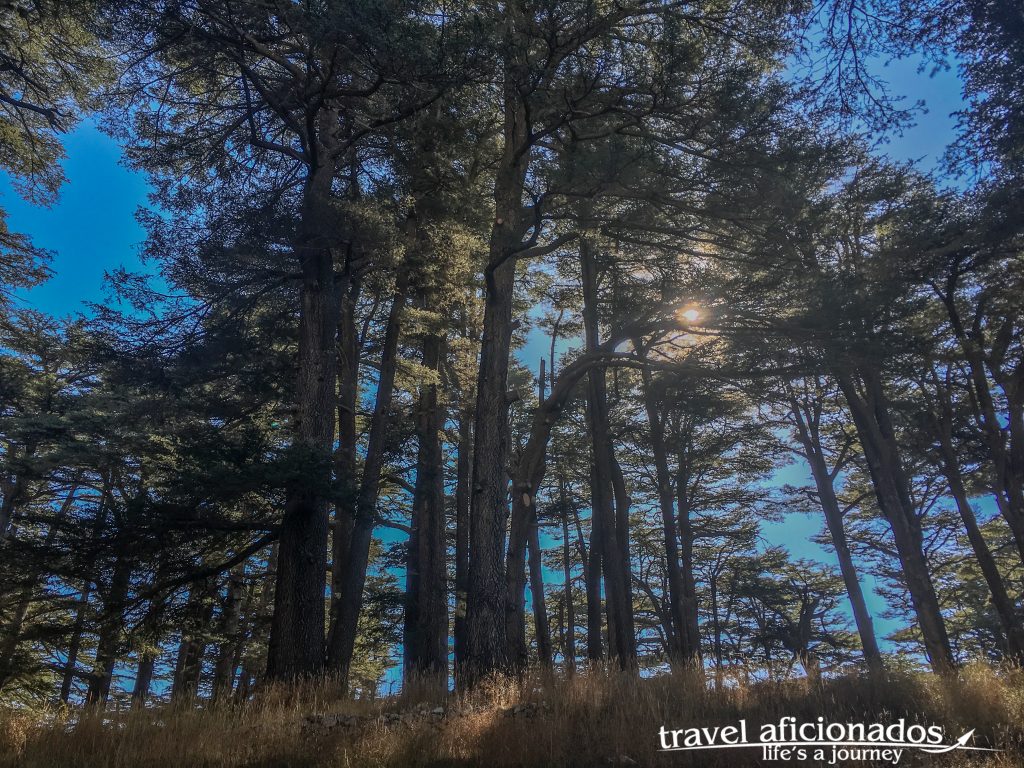 Cedars of God, cedar grove near Bcharre – one of the few remaining in Lebanon -some are 1500 years old

I truly enjoyed walking through little forest with the snowcapped Lebanon mountain as a backdrop. 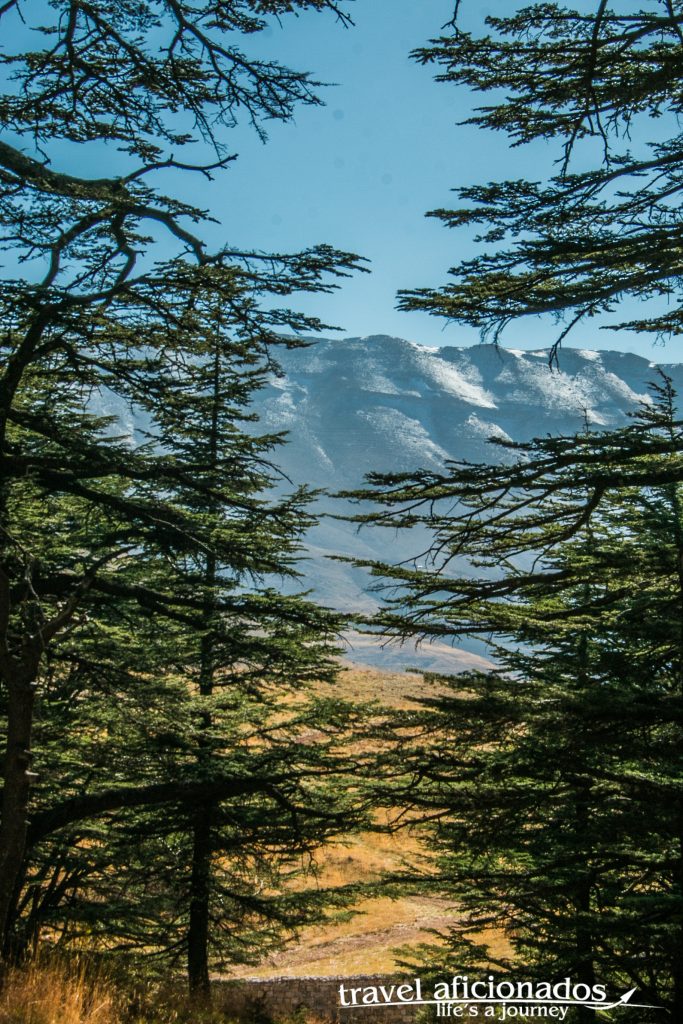 Outsider the grove, souvenir stalls sell anything cut from wood, mostly Christian-themed paraphernalia.It is fun watching the artists doing the carving, specially when personalizing the item according to the customer’s wishes. 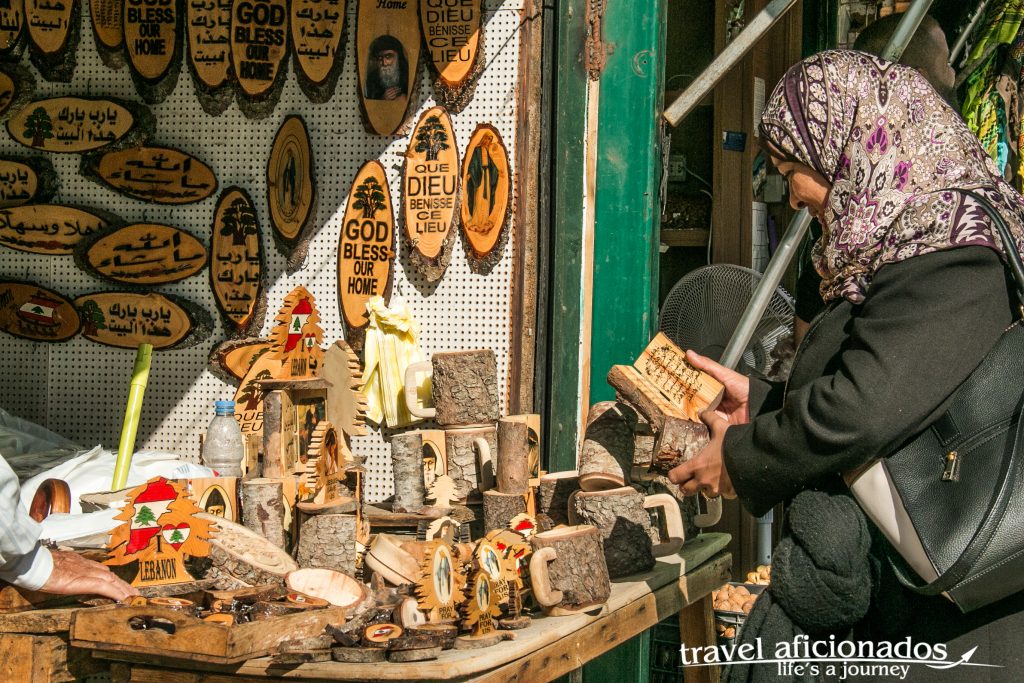 Souvenirs sold outside the Cedar grove 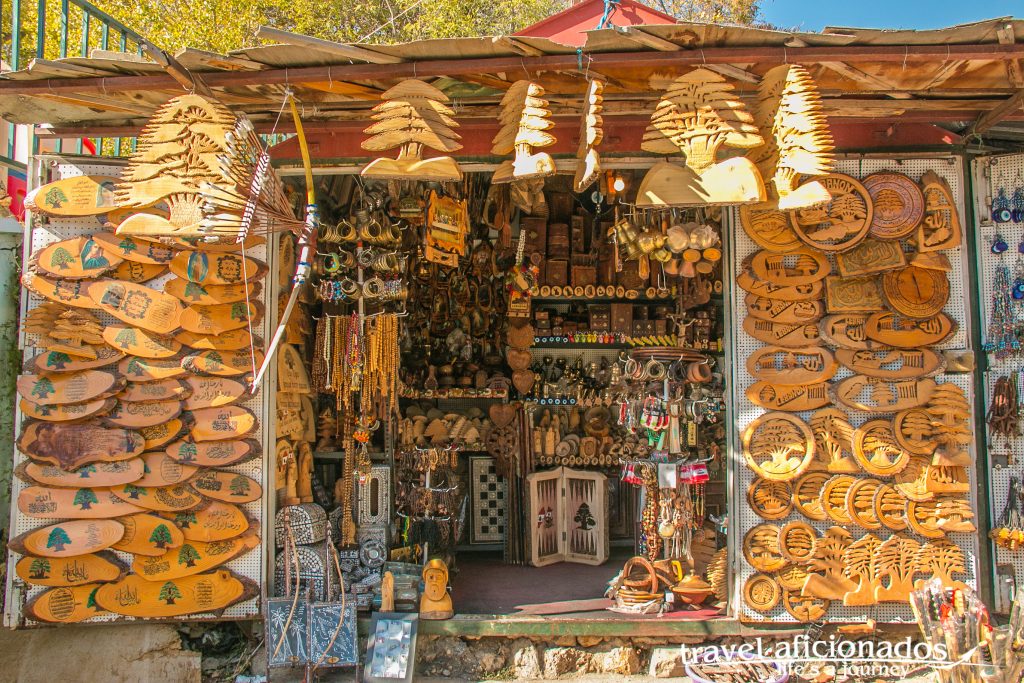 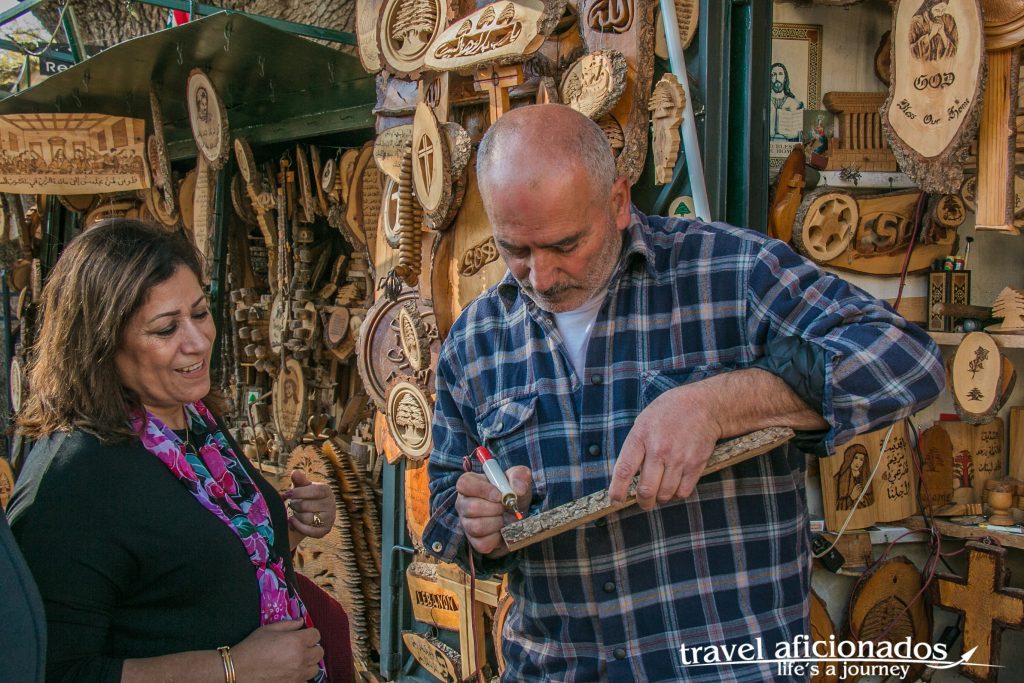 Before we moved on to the most important monasteries in the Quadish Valley, Deir Mar Elisha, we stopped for lunch. A lady served the most delicious food out of what looked like a garage in now time. Unfortunately we did not ask how much it was and ended up paying 100€ in total. Somehow it felt she had a deal with the taxi driver. That dampened our mood for the rest of our trip. 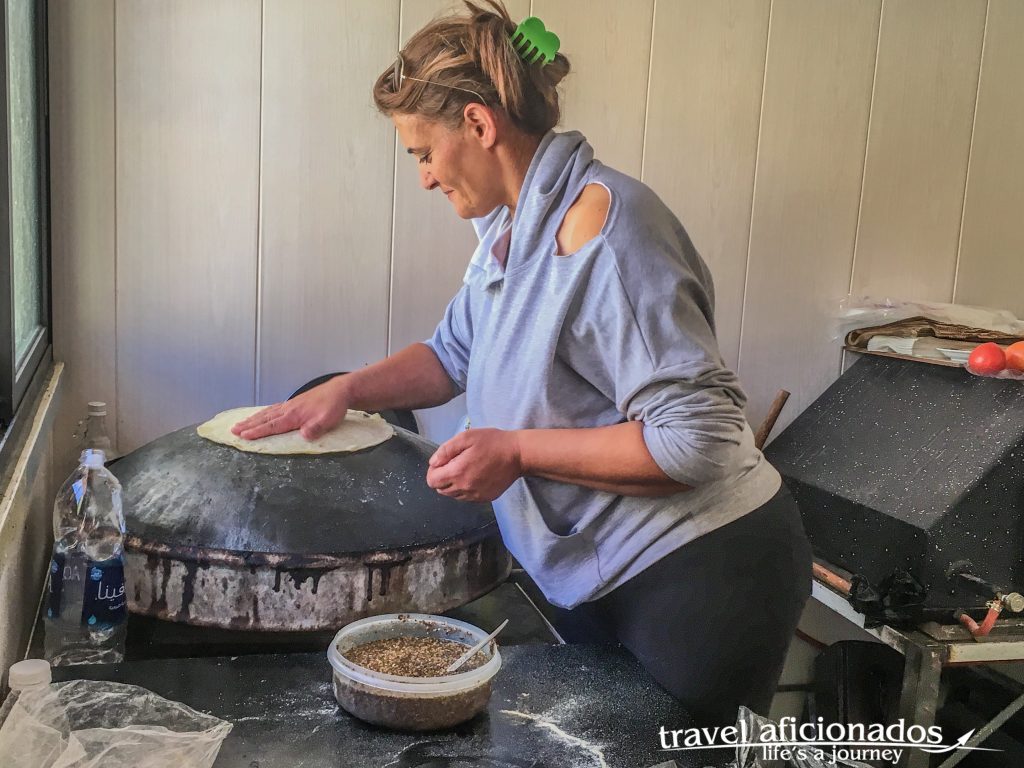 When we finally got there the sun was already setting and there was no way for some hiking, so we just visited Deir Mar Elisha, which is now basically a museum. Our guide mentioned that Jesus was walking around here. I don’t if this is true, but I was impressed. 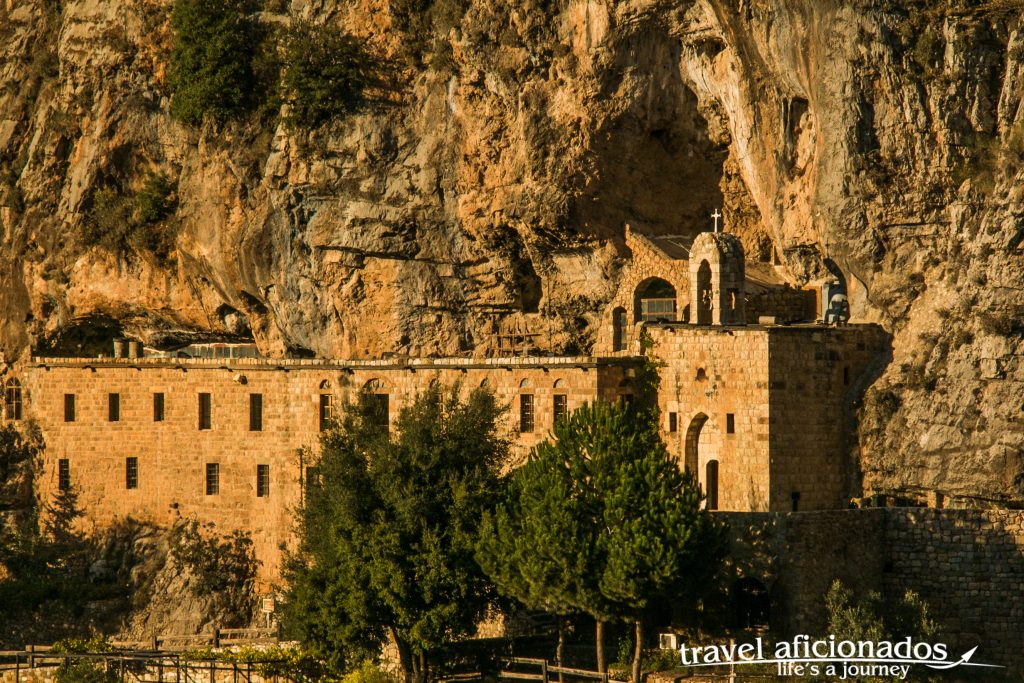 Deir Mar Elisha monastery down in the Quadish Valley 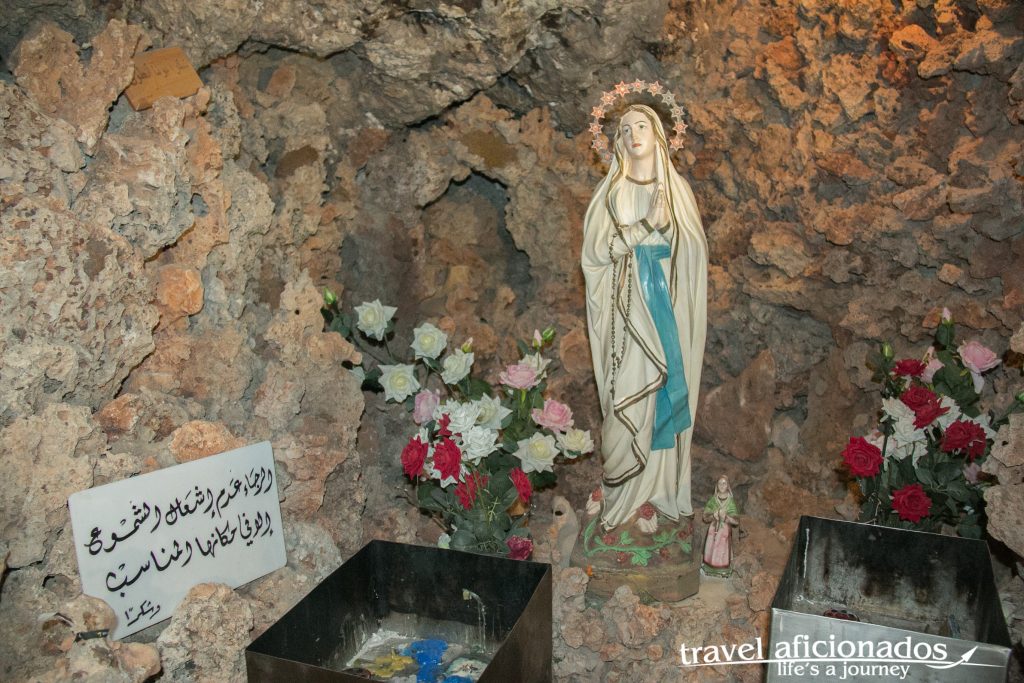 Driving back our cabdriver annoyed us even more, by constantly  texting on his mobile phone while driving down the windy pitch-dark road. Even after we asked him to stop he continued. The highlight of our drive was passing a shop that  sold Christmas decoration of all seizes, in October! 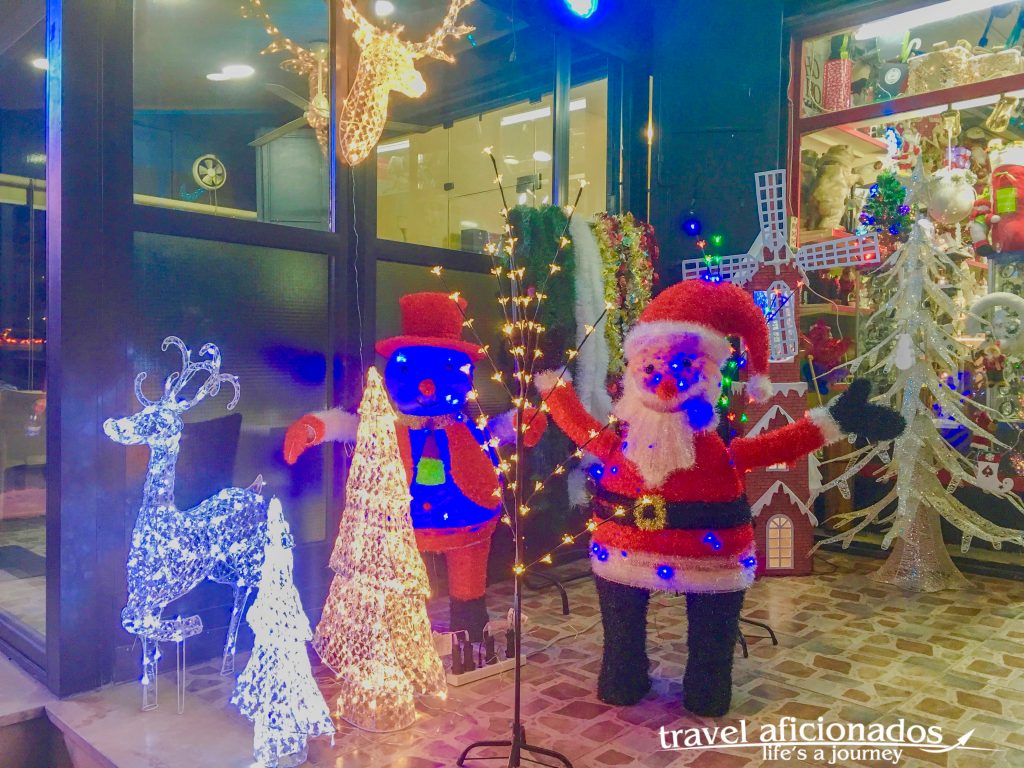 X-mas decoration in October in a town near Bcharre