By Heidi Sequenz on 21. July 2019 in Lebanon, Middle East/Caucasus

Like everywhere in Lebanon, in Sidon and Tyre you are wading in history, thousands of years of history. During my 10 day stay in Lebanon I was based in Beirut. Some excursions I did by public transport, some by taxis, for this trip I joined an organized tour (90US) and learned a lot from a professional tour guide. 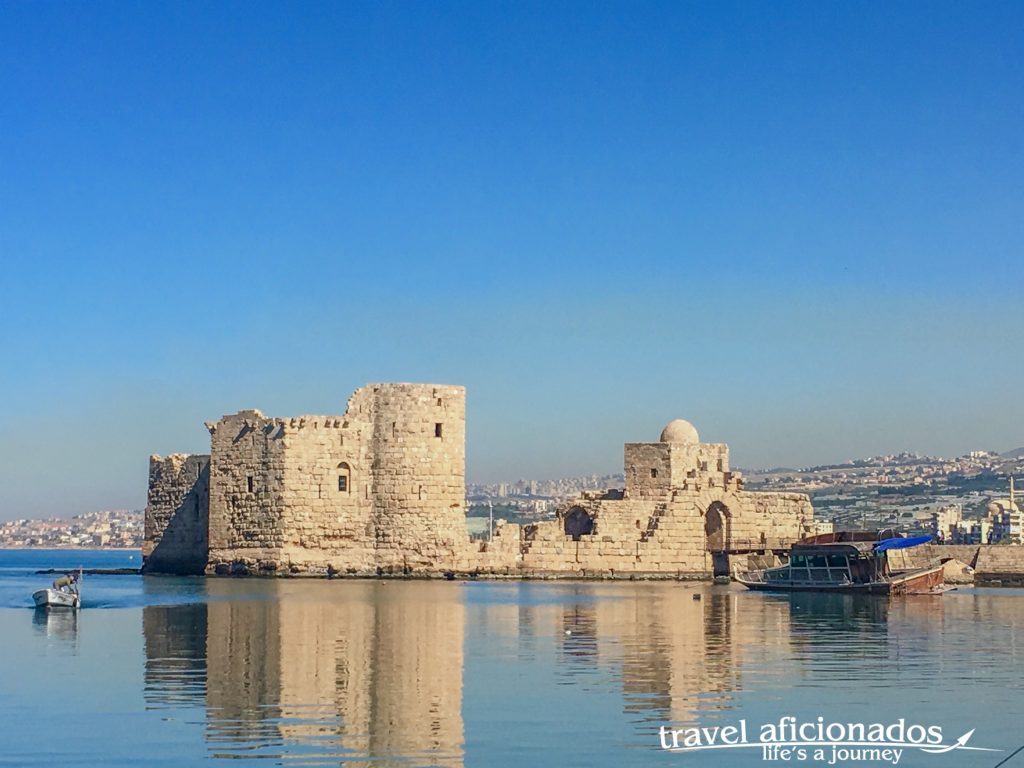 Sidon – Castle built by the Crusaders

Heading towards the south of Lebanon the bus was passing by endless stretches of agricultural land, most of which seemed banana groves. 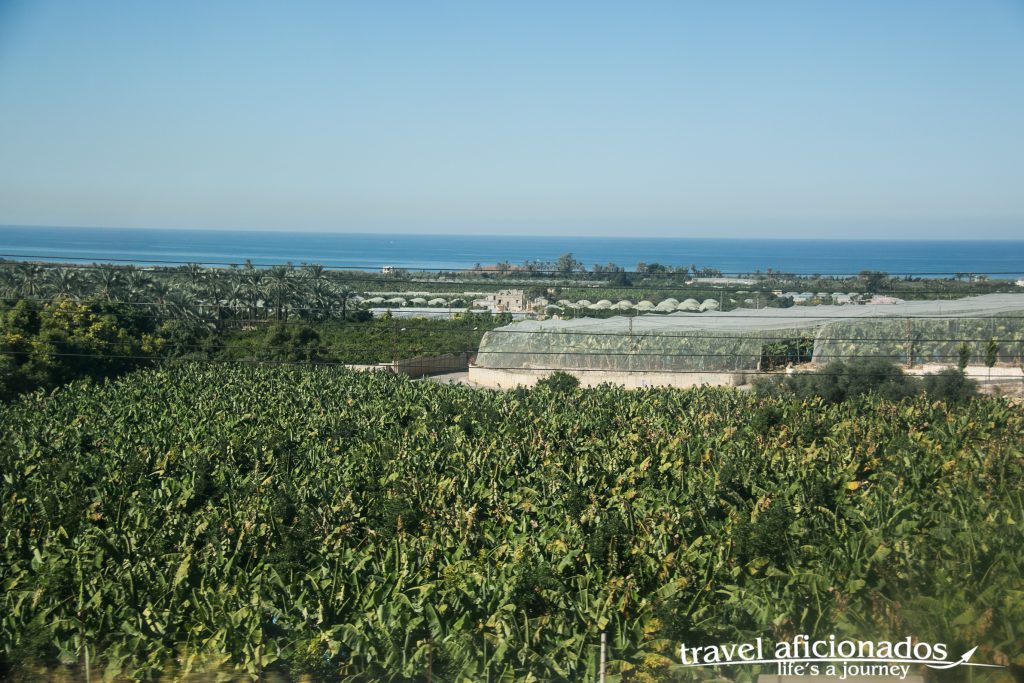 Route between Beirut and Sidon, banana groves a far as you can see

Sidon is a  port town that was once a rich and flourishing Phoenician city, with tight trade links to ancient Egypt and a globally renowned glass-making industry. 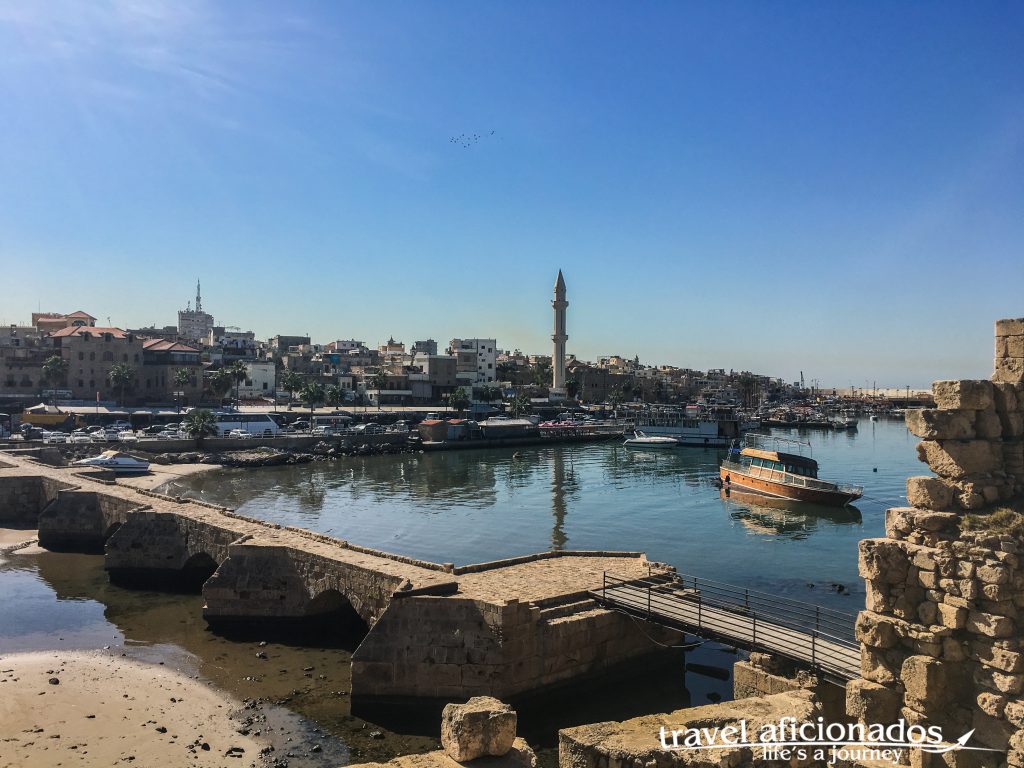 My absolute highlight in Sidon was the picturesque castle built into the sea (at least it seems so) by the Crusaders in 1228. Actually it sits on an island and is connected to the mainland by a fortified stone causeway. 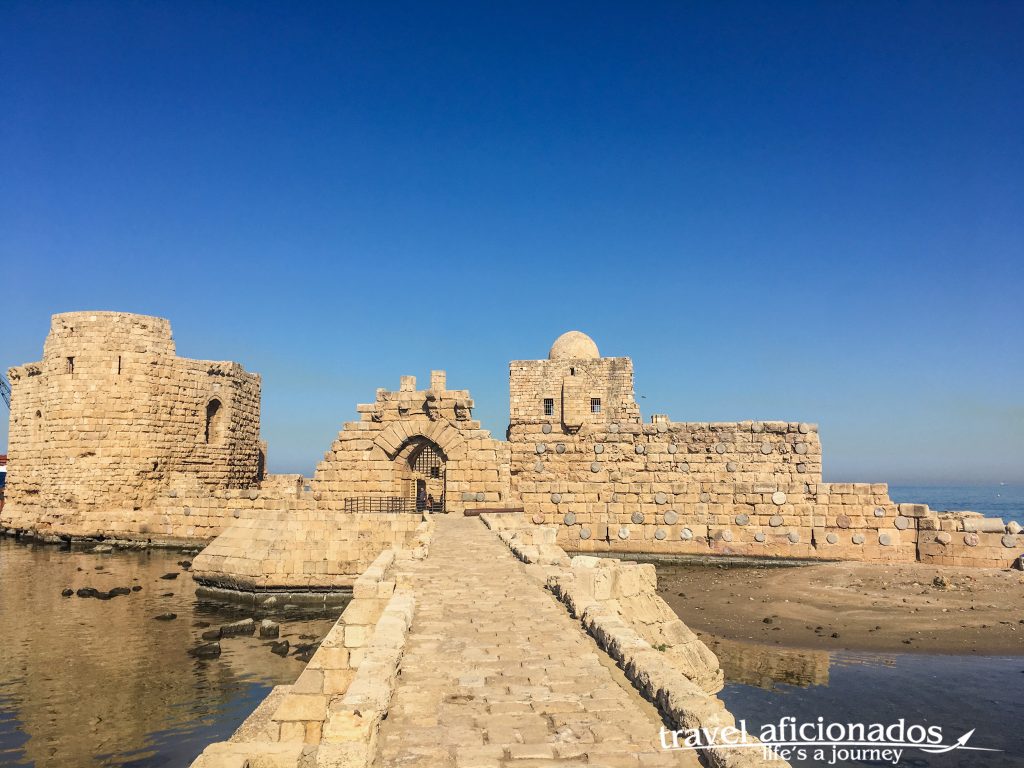 Sidon – castle built by the Crusaders

We also got wander around Sidon’s ancient and authentic souq, a delight for all my senses. Strolling the narrow lanes I discovered products ranging from local vegetables to washing powder produced by multinational companies. Plus, I love souqs, I love watching locals doing their shopping, touching and sniffing at fruits, vendors pushing their carts through crowds and merchants haggling over the price. For me this the true orient, a bit of a romantic stereotype, I know. 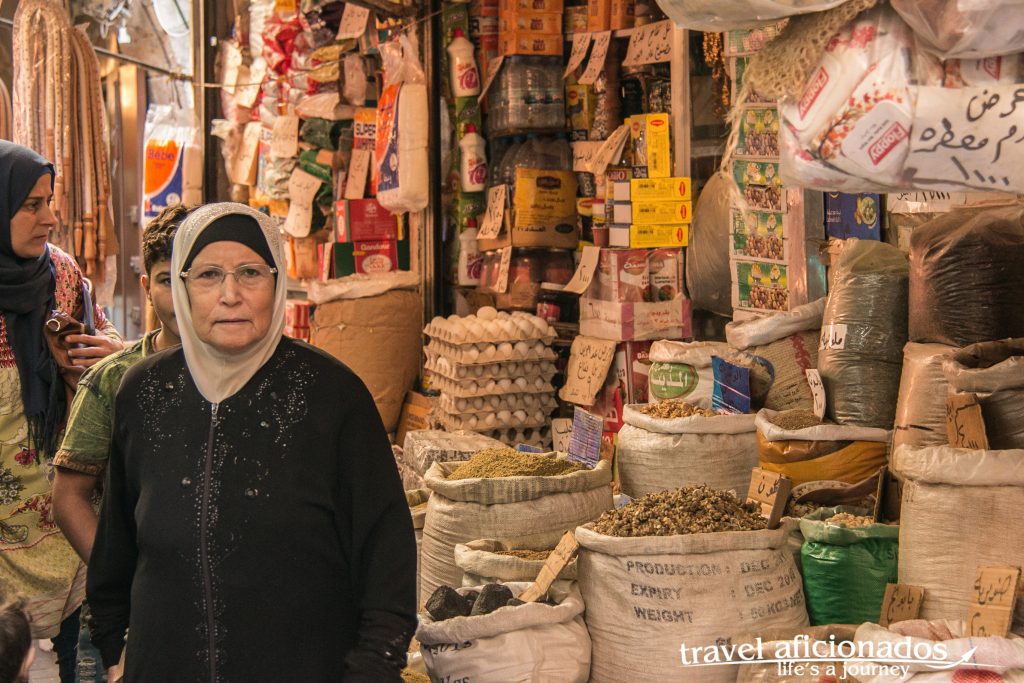 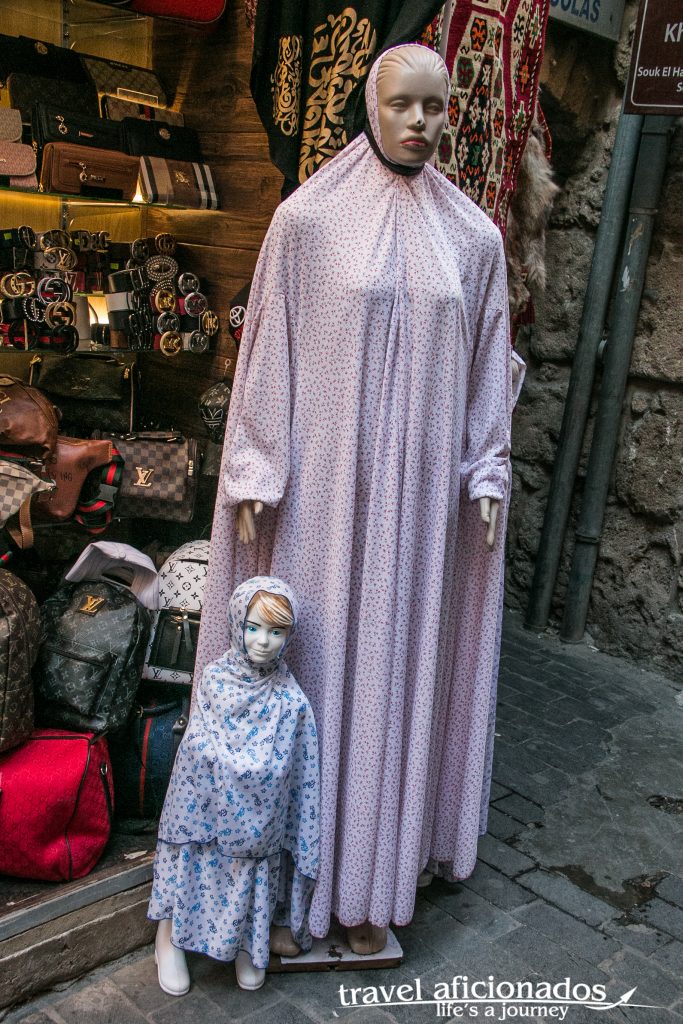 Producing soap has a long tradition in Lebanon and Syria, especially in Aleppo.  Soap production came to a halt during the civil war in this factory. Once peace returned the enterprising owners turned it into a soap museum. They tastefully restored the 17thcentury stone-vaulted building and nobody can resist leaving the store without buying overpriced soap in every shape, color or smell. 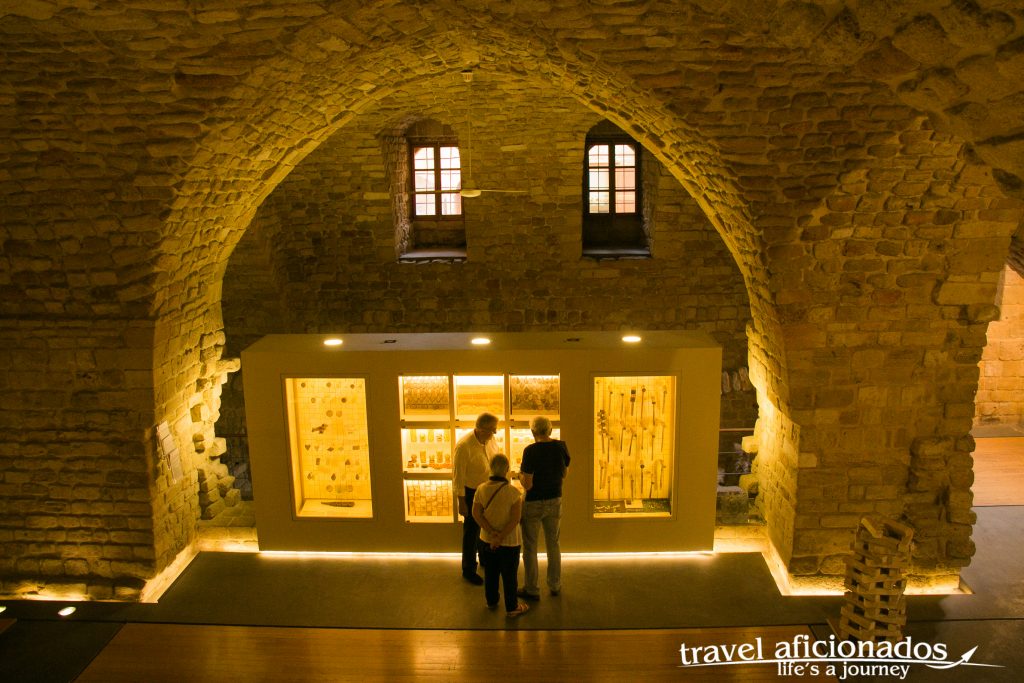 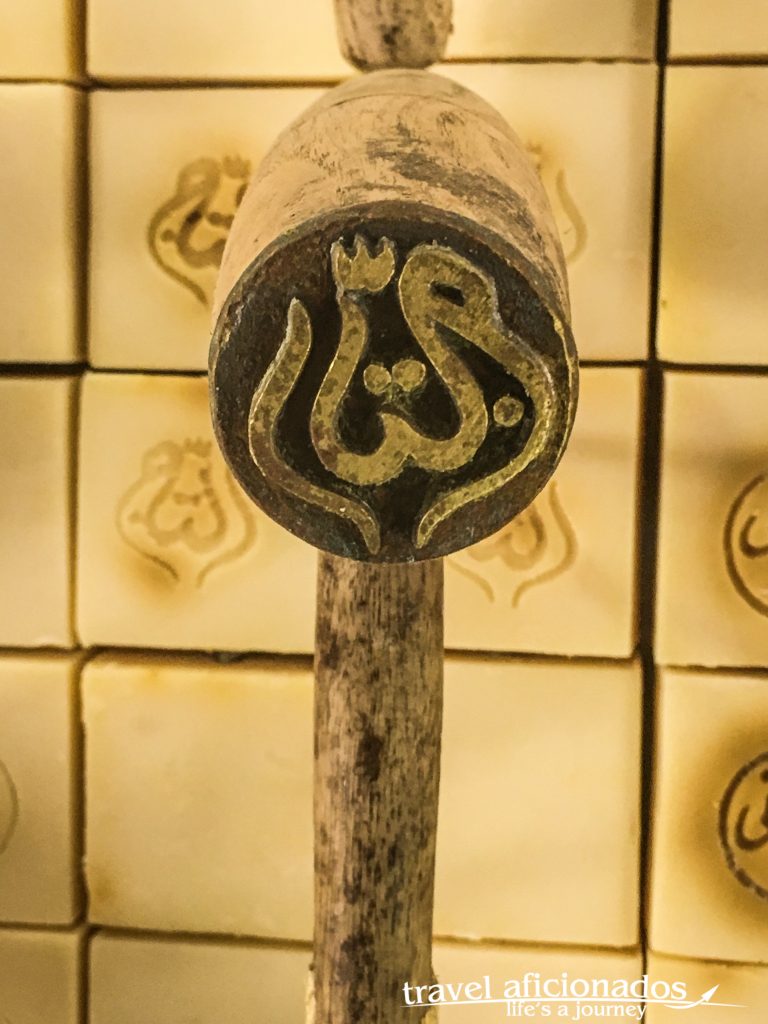 Tyre has an absolute Mediterranean flair. When our bus rolled along the beach front I felt like being in Italia or Spain. The city of Tyre was once famous across the known world for its purple dye made from murex sea snails. Now it attracts tourists from Lebanon and all over the world. 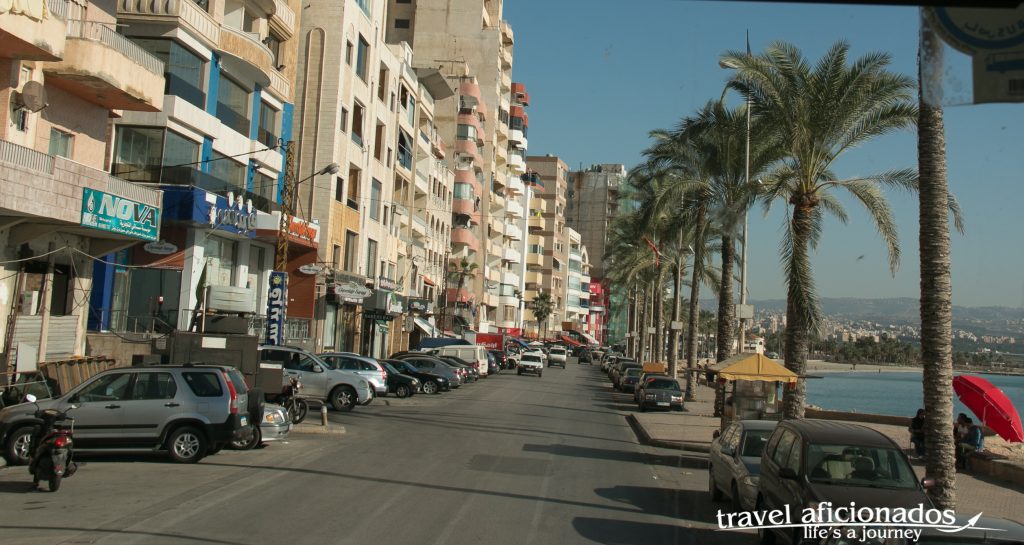 But I did not come for the beach, like the  Beirutis. I came for the extensive Roman ruins. 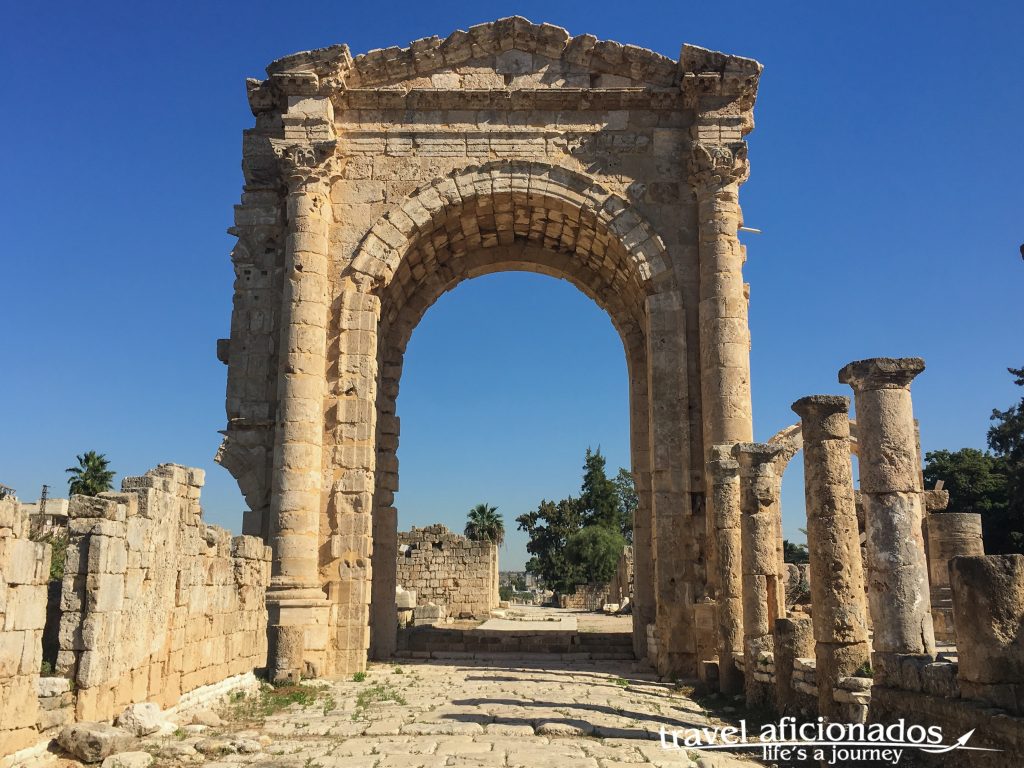 The archaeological site of Al Bass is close to a necropolis with hundreds of ornate stone and marble sarcophagi. It once stood outside the city limits on the road to – where else? – Rome. 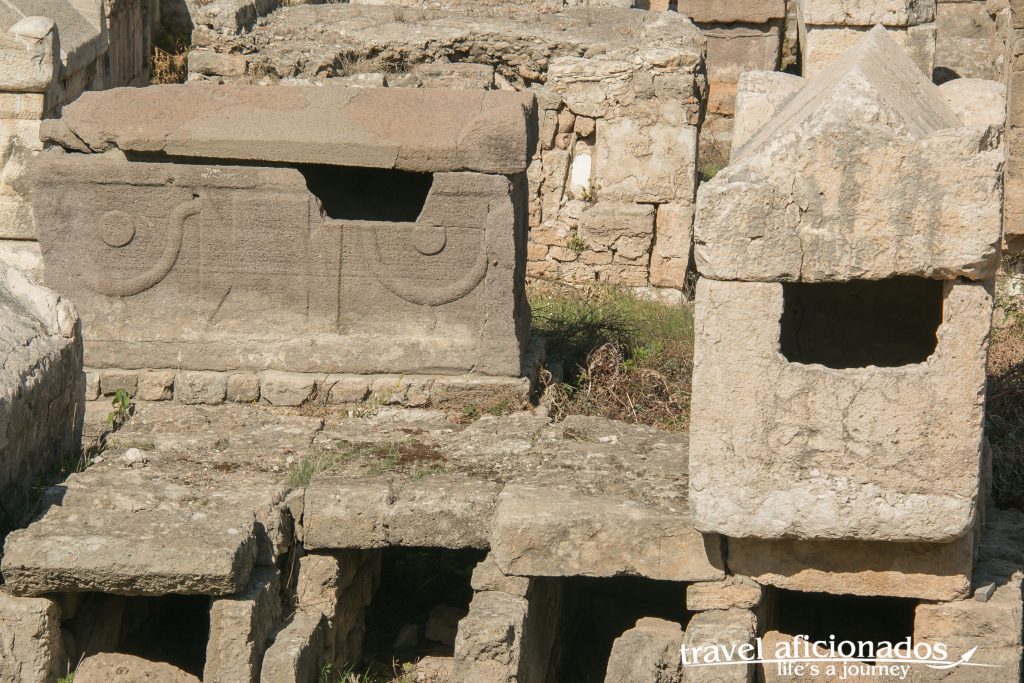 Unfortunately it was super hot when we reached these archeological sites. Nevertheless I marched to the very end of the gigantic hippodrome. Its arena was held 20,000 spectators. 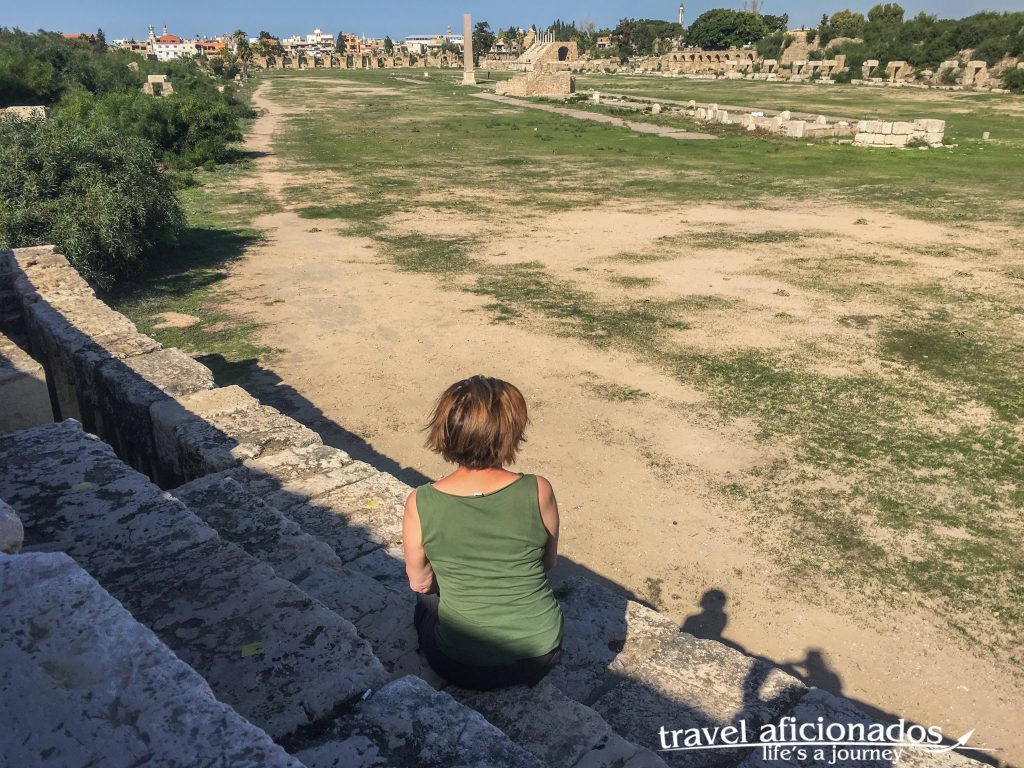 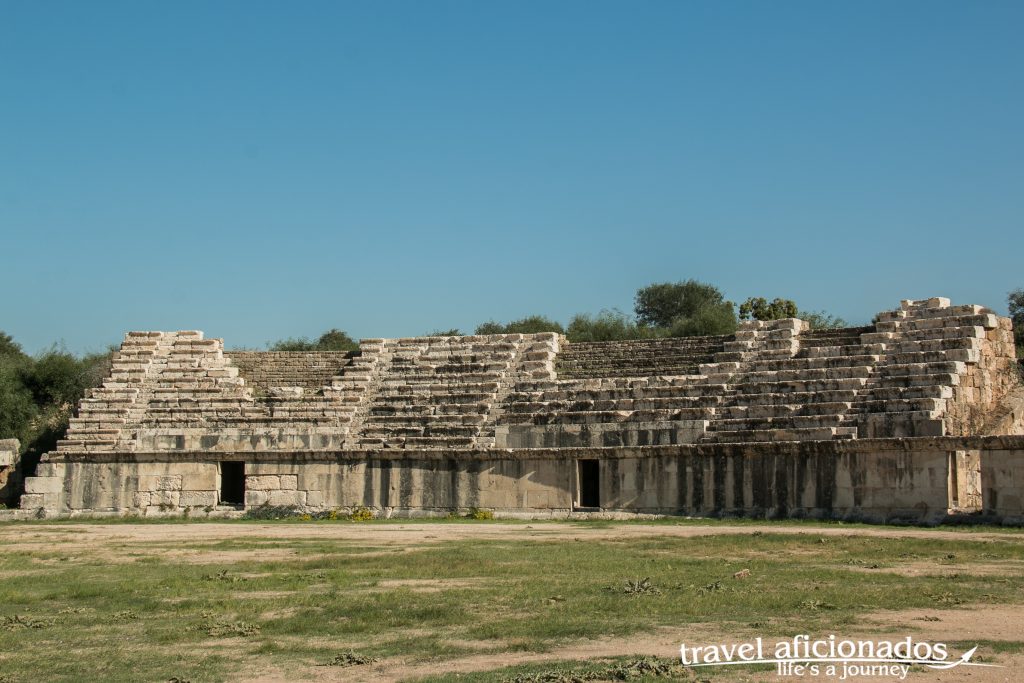 Near the ancient submerged harbor more atmospheric ruins can be admired. Highlights include a street paved with geometrical Roman and Byzantine mosaics on each side of which are rows of large columns. 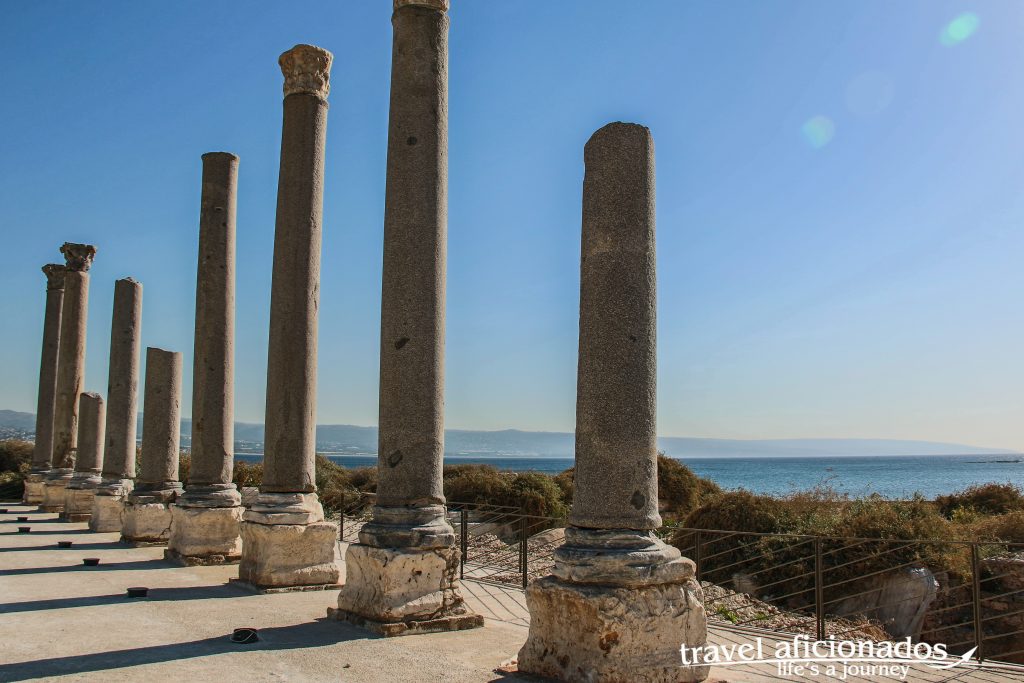